Despite protest from Egypt, the World Trade Organization has gone ahead to accept the nomination of Ngozi Okonjo-Iweala as its director-general. 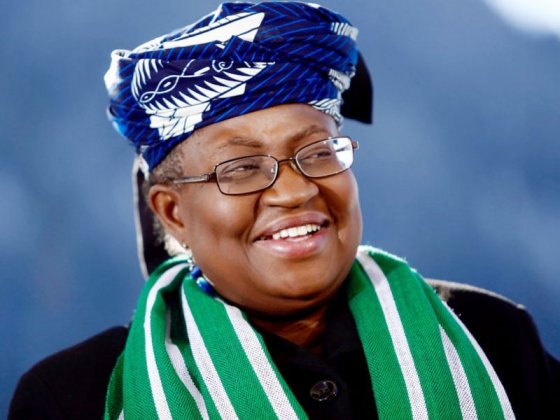 Ngozi Okonjo-Iweala
World Trade Organisation (WTO) has ignored protest from Egypt yesterday to accept the nomination of Nigeria’s former Minister of Finance and former Managing Director (Operations) of the World Bank, Dr. Ngozi Okonjo-Iweala, for the position of its director general.
Okonjo-Iweala is a favourite for the job following her impressive resume.
The Geneva-based global trade body, in a three-paragraph statement on its website yesterday, said: “Nigeria nominates Dr. Ngozi Okonjo-Iweala for post of WTO Director-General.
“Nigeria, on 9 June 2020, nominated Dr. Ngozi Okonjo-Iweala for the post of WTO Director-General to succeed the current Director-General, Mr. Roberto Azevêdo, who has announced he will step down on 31 August 2020.
“According to the timetable announced by the Chair of the General Council, David Walker, the nomination period will close on 8 July 2020.
“Shortly after the nomination period has closed, candidates will be invited to meet with members at a special General Council meeting, present their views and take questions from the membership.”
On same day, WTO added that Egypt, which is opposed to Okonjo-Iweala’s nomination, has nominated Mr. Abdel-Hamid Mamdouh for the same position.
Egypt had opposed the nomination of Okonjo-Iweala on the ground that it was belated.
The North African country told members of the African Union that her nomination should not be recognised.
In a letter to the African Union (AU) member-states, Egypt had contended that her nomination was out of time and therefore breached the rules of nomination, which import they said, was that Nigeria no longer had a candidate for the position.
It said AU member-states had been required to nominate candidates for the director general position by November 30, 2019, over five months ago, while the request to substitute Yonok Frederick Agah was made on June 4, 2020.
Top Stories