Chizzy Alichi has declared Nollywood girls as the best wife material any man can ask for. 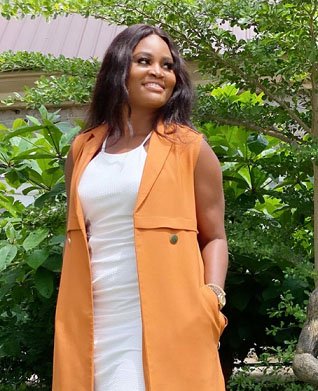 Fast-rising actress Chizzy Alichi has said Nollywood female practitioners are the best wife material any man can ask for.

In an Instagram post, the actress said many men told her they were disappointed when she got married.

“When I got married most men were like ‘ah ha Chizzy why naa, I was waiting for you. I thought you said you were nor ready blah blah blah blah”.

“No good person again to marry especially in your industry …lol

“Bros nobody is perfect. Nollywood girls are the best. If you see someone you like, go for her. What matters is Love, Friendship, and understanding,” she stated.

The actress who noted that she won’t let marriage affect her acting career came into limelight with the movie ‘Akaraoku’ in 2016, directed by Yul Edochie.

A graduate of Enugu State University of Science and Technology with a Bachelor’s Degree in Agricultural Engineering, Alichi got married to her long time boyfriend in 2019.