Niran Adedokun explains that what is most important now is to convince more Nigerians that COVID-19 is real, enlighten them about the importance of and appropriate ways of observing the non-pharmaceutical strategies for prevention. 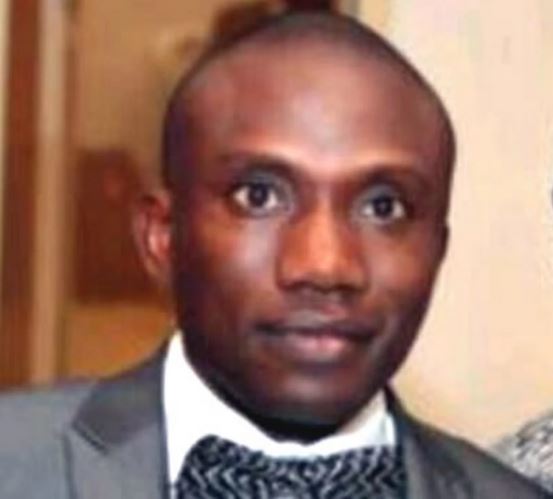 There is something about Nigeria’s COVID-19 situation that makes one think that the miraculous is indeed taking place in the country. Could that be why managers of the country’s strategy for dealing with the pandemic are allowing worship houses open from next week? Is Nigeria really in that place yet?

As the number of infections unravels daily like the steps of the man on a very long journey, you are tempted into drawing a comparison with what happens in other parts of the world and thank God that things indeed seem to be milder in Nigeria.

Sometime last week, the South American country of Brazil, decided to stop the announcement of daily infections and mortalities. That was when it began to record one death per minute! That means 60 people are lost to coronavirus in an hour and 1,440 people were dying every day in Brazil!

That is not to speak of countries like the United Kingdom where a little over four months after its first infections, about 1,400 new infections and 286 deaths were recorded on Tuesday.

So, if 100 days on, Nigeria is still recording cases in mere hundreds and total number of deaths is just a hundred more than the daily occurrence in the UK, the heavens must have led the leaders into doing some right things that have nipped this deadly virus in its notorious bud.

One would indeed be persuaded by that thought when you are aware of the failure or refusal of a larger percentage of Nigerians to comply with the advisories including staying at home during a four-week lockdown imposed by government. And since the relaxation of that, the more basic counsel to maintain physical distancing and wear face masks has been met with ridiculous compliance levels especially in the epicentre city of Lagos! So, given our inclination to invite the gods, into difficult situations, like literary experts do with their du ex machina technique, we conclude that without the intervention of God, we should be having infections and deaths in the thousands by now.

Now, without any prejudice to the capacity of God to intervene in circumstances like this, some pragmatism, to which the divine is not averse, should help in the proper appreciation of the current Nigerian scenario. That is even more so when we consider the fact that Nigerians are mostly a religious rather than god-fearing people and that even though God does look down with mercy on people, he also demands a measure of responsibility and performance from those who need His intervention. This is why the English say, God helps those who help themselves! So, here is an attempt to reason things through.

Being an exigency that the world, including most advanced countries, did not prepare for, it is obvious that nearly every country is guilty of some measure of inaccuracy in the reportage of infections and mortalities in this pandemic. In most of these other countries, including China where it all started about seven months back, the failure to declare accurately is suspected to have been deliberate even though officials would have you believe that these omissions resulted from the overwhelming nature of the pandemic. So, you read and hear insinuations of discrepancies in official figures and reality in literarily every country.

While this might be aberrative to most other countries, it is the very nature of data and information management in this clime. The manipulation of data and information is our own normal for two major reasons. When we do not tamper with figures for patently self-serving ends, we are constrained by an everlasting incapacity to generate correct and up-to-date statistics in the circumstance. This is why it is risky to yet rejoice at the current state of things with the pandemic in Nigeria.

The Nigeria Centre for Disease Control says of the 82,935 people tested in the country as of Thursday, 13,464 cases had been confirmed positive while 365 deaths had been recorded. This indicates that approximately one out of every six person (tested) in Nigeria might be positive for coronavirus, given the fact that community transmission has been the country’s reality for several weeks. Chances, which the Presidential Task Force on COVID-19 itself acknowledges, are that there are millions of people walking the street without knowing and without the opportunity of knowing since they do not fall into the NCDC case definition unless they show symptoms. This is why places of worship should still remain closed.

Evidence from across the world shows that the main means of transmission of coronavirus, which causes COVID-19, are droplets from the coughs, sneezes or exhales of an infected person. These droplets are believed to drop on surfaces and floors speedily because they cannot hang in the air for long, and close proximity to an infected person as well as touching contaminated surfaces exposes everyone to infection. What is worse about the coronavirus however is confusion about people without symptoms can pass it on to others!

Research conducted by MugeCevik, an infectious disease specialist at the University of St Andrews in the United Kingdom, is also definitive about the fact that the two main drivers for the spread of COVID-19 are close contact and crowding.

Now, where are these forms of exposure more likely than in worship centres? There are a few examples of religious meetings gone sour from across the world.

Early in March, the Amsterdam Mixed Choir had a performance at the Concertgebouw Auditorium before the country went into a lockdown. At the last count, 102 of the 130 choristers fell ill with COVID-19.  A 78-year-old and three partners of choir members died with many of the singers ending up in Intensive Care Units.

Also, in March, members of the Skagit Valley Chorale in the Washington State of the United States of America, met for a rehearsal. Within three weeks, 45 people came down with symptoms; two deaths were recorded at the end. There were also records of incidents following rehearsal involving 50 members of the Berlin Cathedral Choir and Voices of Yorkshire choir at some point earlier in the year. Close places with limited ventilation are therefore high risk.

In Nigeria, a lot of churches and mosques are not purposely built such that they do not have enough spaces for proper distancing and sanitation, especially when the town planning function of government is now full of compromises or non-existent. Would the people who fail to observe social distancing, wear face masks at all or even wear them properly behave better in worship places? If people are able to wear face masks in mosques, will the faithful cope with such in churches where they are expected to sing and dance as part of their worship?

The point is that without testing the larger portion of the population to determine their status, it is impossible to state the correct position of things in Nigeria. For instance, while the number of confirmed deaths is officially 365, the PTF recently confirmed that more than half of the 979 deaths recorded in eight municipal LGAs, at a rate of 43 deaths per day in Kano State, were COVID-19-related! This suggests there has been close to 1,000 deaths in Nigeria! That is not to speak about the reported deaths in the states of Bauchi, Jigawa, Gombe and many other places that no one is speaking about at the moment!

This is exactly why Nigeria needs to be cautious. Being what it is, one expects that policymakers would experience tremendous pressure from religious leaders who desire to return to their beats, visionary leadership should however insist that haste needs to be made slowly on this front.

Even now, as admitted by the DG NCDC days ago, the number of infections is growing in numbers that tend to overwhelm our medical facilities creating widespread fears for those with knowledge of the devastating destructions that come with the pandemic.

What is most important now is to convince more Nigerians that COVID-19 is real, enlighten them about the importance of and appropriate ways of observing the non-pharmaceutical strategies for prevention. There is no doubt that the PTF has achieved so much in terms of increasing capacity to test, isolate and treat diagnosed cases in the past couple of months but relaxing the ban on religious gatherings is moving at what seems to be a dizzying and ill-advised speed to perdition.