A man who survived Boko Haram attack that left over 80 dead has revealed the terrorists conducted sermon before massacring the villagers. 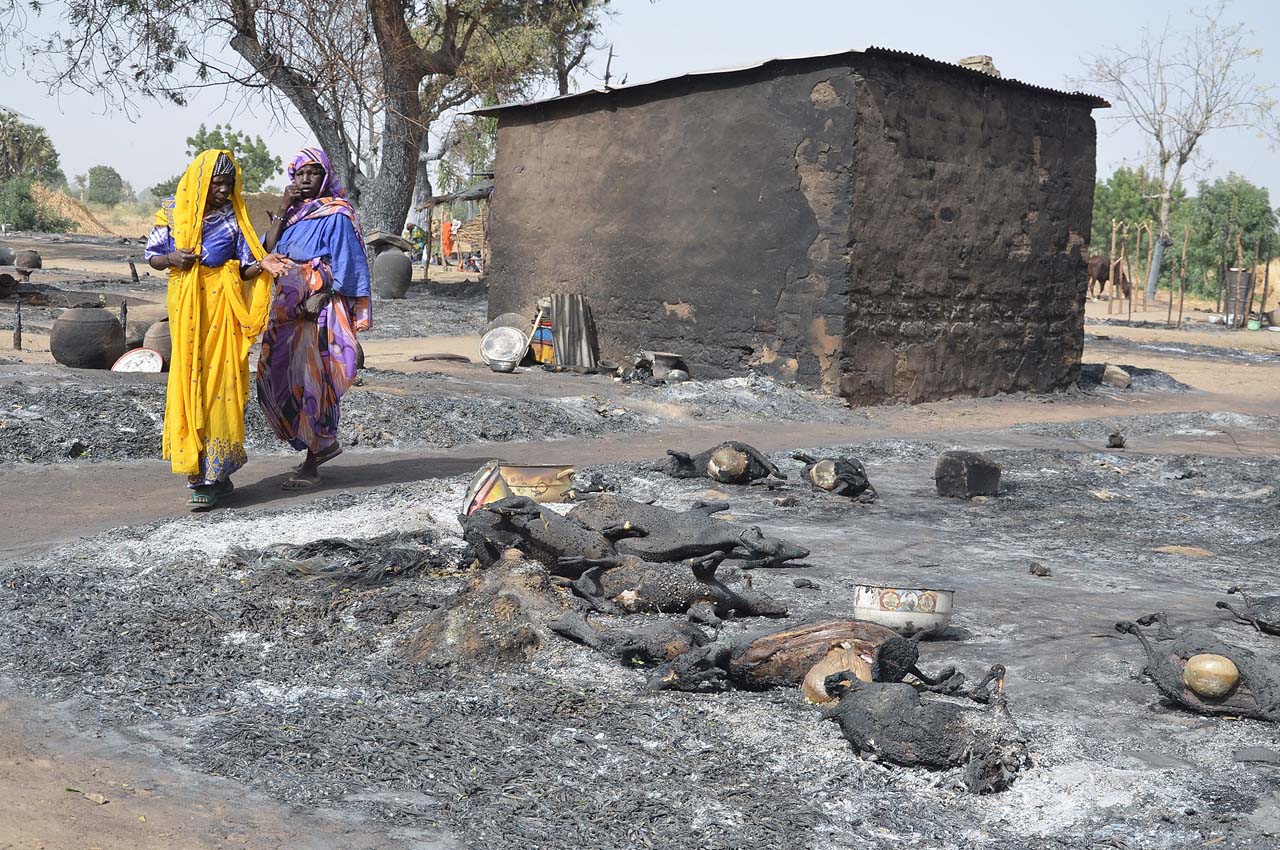 Boko Haram terrorists attacked villages in Borno killing at least 80 persons (File photo)
An eyewitness who survived the attack on Faduma Kolomdi village in Gubio local government area of Borno state on Tuesday narrated how the insurgents deceived villagers before they struck.
According to TheCable, more than 70 people were killed in the attack.
The survivor, who spoke when Babagana Zulum, governor of the state, visited the village on Wednesday, said 81 residents were killed, 13 persons injured and seven others, including village head, were abducted.
“The insurgents in gun trucks and armored tanks, came around 10am. They operated for about six hours and left around 4pm,” he said.
“They gathered us and said they wanted to deliver religious sermon to us. They asked us to submit whatever arm we had. Some villagers gave up their dane guns, bow and arrows.
“The insurgents pretended as if they were there for any violence. Suddenly, they started shooting at will. Even children and women were not spared, many were shot at close range. Many started running. At the end end, many persons were killed.
“We have been burying people since from 10:00pm last night to about 6am this morning. We have buried 49 corpses here while another 32 corpses were taken away by families from the villages around us. The insurgents abducted seven persons including our village head. They went away with 400 cattle.”
Zulum while reacting called on the military to intensify efforts on the fight against the insurgents.
The governor described the attack as barbaric and unfortunate.
“Last year, about same number of people were killed in Gajiram like it happened again. This is barbaric. It is very unfortunate. The only solution to end this massacre is by dislodging the insurgents in the shores of Lake Chad. Doing so will require collaborative regional efforts,” he said.
Five persons who sustained injury were also evacuated by the governor and taken to the hospital for treatment.
Top Stories