There are several popular Nigerian celebrities who have been rumored dead before. These are some of them. 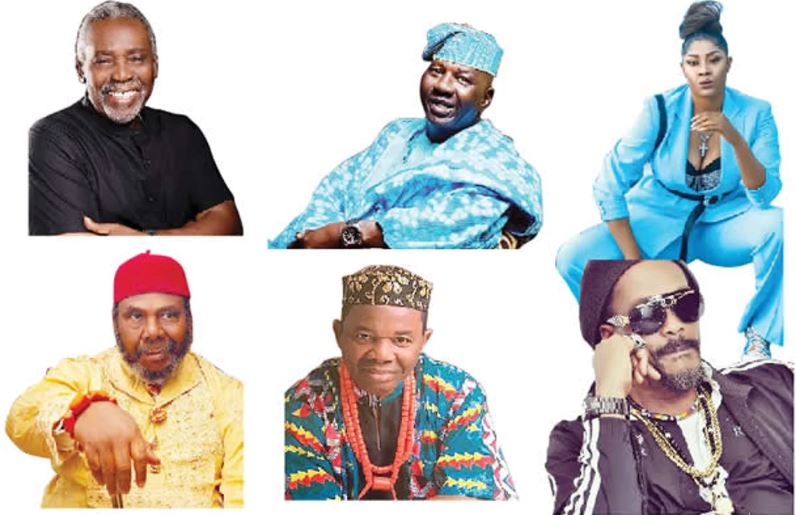 During the week, many Nigerians were agitated when news circulated on social media that veteran and respected actor, Olu Jacobs, had passed on. Many waited with bated breaths to hear word from the family and it wasn’t until his wife, Joke Silva, assured the public that her husband was still alive that frayed nerves began to cool. MOBOLA SADIQ takes a look at actors who have triumphed over death rumours.

Call him one of the most eloquent actors in the country and you wouldn’t be wrong. Jacobs, who will be 78 years old in July, is considered to be one of the most respected African actors of all time. Some days ago, the Jacobs family were the victims of death rumours on social media when it was alleged that the respected actor had passed away. His wife, Joke Silva, later debunked the reports, calling them ‘depressing’. Actresses, Kemi ‘Lala’ Akindoju, Kate Henshaw and Monalisa Chinda-Coker, also dismissed the false information on their respective social media pages.

73-year-old actor and former broadcaster, Pete Edochie, is considered to be one of the continent’s most talented actors and he has several awards to show for it. However, even with his enviable track record, the thespian has also been the victim of death rumours on two different occasions. His social media savvy son and actor, Yul, quickly debunked the death rumours in tweets.

The elder Edochie is a Member of the Order of the Niger.

In the Yoruba part of Nollywood, Baba Suwe, is one name that evokes respect. The 62-year-old actor who was once a regular face in Yoruba movies, has also been rumoured dead a number of times. Though the actor has been battling with diabetes for some time, he has repeatedly said that he is alive and well. He was flown to the United States of America for treatment of an undisclosed ailment in 2019.

The comedian not only refuted the reports in a video recording, he said those wishing him dead would be the first to die.

On February 24, 2020, veteran actor, Chiwetalu Agu, vehemently debunked the death rumours circulating about him. He wrote on his Instagram page, “If you see such nonsense posts on Facebook, please report the owner of the account.”

The 64-year-old role interpreter has featured in over 150 films including ‘The Wedding Party 2’, ‘Taboo’, ‘Things Fall Apart’, among others. The actor’s use of slangs and clichés in films have endeared him to many over the years.

Actress, singer and former model, Angela Okorie, has also had her fair share of death rumours. In 2014, the actress was mistaken for another actress and declared dead on social media. Some had even started commiserating with her family before Okorie took to Instagram to assure her fans that she was very much alive. She wrote, “I am not dead; I’m balling hard. As a matter of fact, 150 years have been added to my age. I bear the mark of Jesus Christ. RIP to all the people who used my photo on their blogs, newspapers, and social media status, saying I, Angela Okorie, am dead. I’m still the unstoppable moving train. My God is alive.”

Years later, the actress allegedly escaped being shot by armed robbers on December 15, 2019. Okorie took to her Instagram page to narrate how she was repeatedly shot at for 30 minutes while in transit.

Some days ago, actor, Hanks Anuku, refuted rumours of his death in a live video on Facebook. According to the false reports, the actor allegedly passed on after battling with an undisclosed illness. However, in his reaction, Anuku described the rumour mongers as ‘poisonous vipers’. The 59-year-old actor is popular for acting as a villain in many Nollywood films.