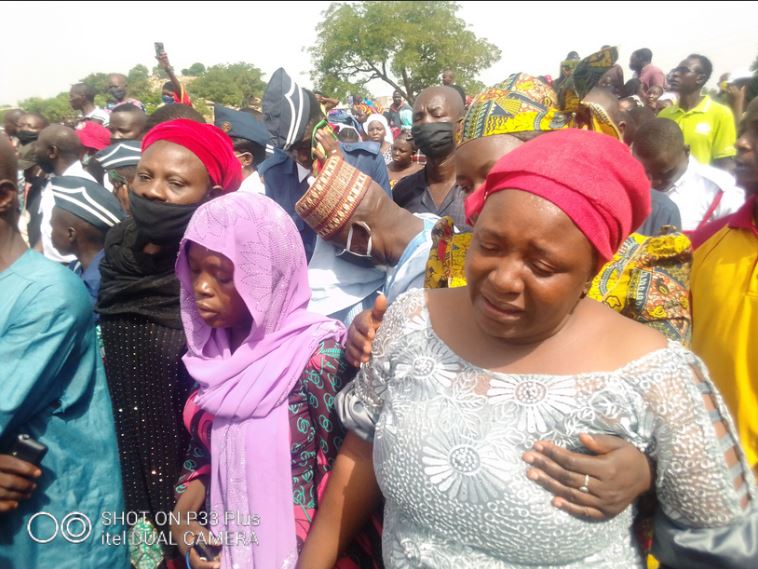 Mourners at the burial

According to a report by Sun News, a mammoth crowd of sympathisers on Saturday witnessed the burial of Sunday Joshua, the security guard allegedly beaten to death on May 26 at New Trafford Hotels and Suites at Gwalameji in Bauchi over a missing phone.

Joshua’s remains were brought from the Abubakar Tafawa Balewa University Teaching Hospital, Bauchi, to the Christian Cemetery at Yelwa in a procession by the Boys’ Brigade at about 10:21 am. The Brigade rendered soul touching songs with trumpets, bands at the background as they carried Joshua’s corpse for final interment.

The deceased mother, Urfa Joshua, could not be consoled as she wept while the coffin was lowered to mother earth. 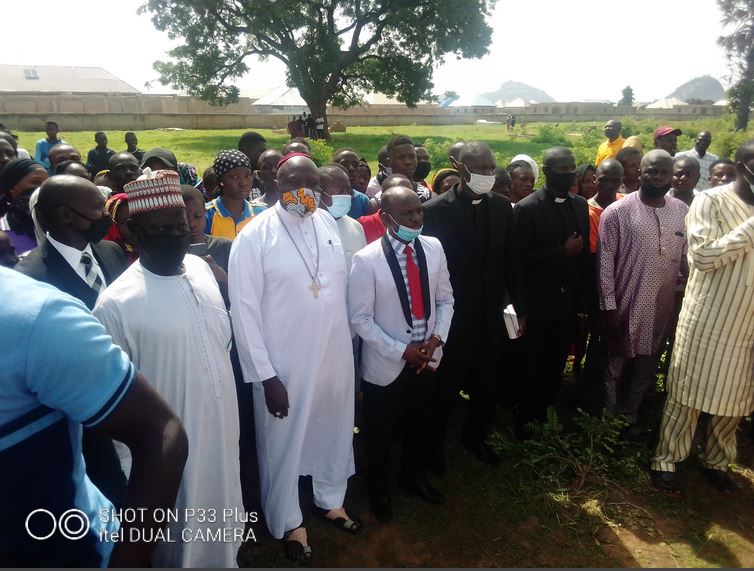 In his homily at the funeral, Rev Evans Bingila, of the Lutheran Church of Christ in Nigeria (LCCN II), Yelwa, harped on forgiveness urging family and friends of the deceased particularly the youth not to take the laws into their hands by breaking the law in trying to ‘avenge’ Sunday’s murder.

He took his message from in the Bible from Exodus 21: 24 to 25: ‘It is written that if a man slaps you, you can slap the person back; if he removes your tooth, you can also revenge. If we are to follow this teaching in the Old Testament, there would be no peace in the world. It means we will keep killing ourselves. In fact, the suspected killers of Joshua would not have been alive if we are to take laws into our hands. But let us listen to what Jesus commanded that you have heard it being said in the past, an eye for an eye, tooth for tooth, hand for a hand but this is what I (Jesus) have said revenge belongs to me.’

Nakwada, who represented the Bauchi State House of Assembly at the funeral, called for patience over Joshua’s murder, saying the leadership of the House is in the picture, as the family of the deceased have met with the Speaker, Abubakar Suleiman.

‘I am representing the house at this funeral. A lot of people have spoken and I would ensure that I report to the House,’ he said, assuring that as lawmakers, the state assembly would ensure that justice was served in the case of murdered Joshua. 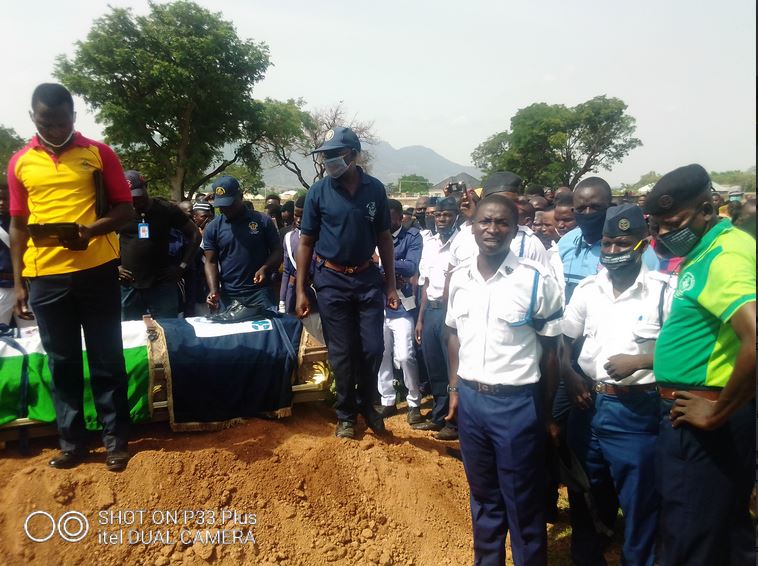 He appealed for calm among aggrieved and grieving family and friends of the deceased by allowing the law to take its course.

In his remarks, the representative of the Christian Association of Nigeria (CAN) in the state, Archbishop Charles Yohana, explained that the Christian body had earlier paid a condolence visit to the family and the LCCN II Yelwa, where the deceased was a devout member.

‘I want to plead with the youth to allow the law to take its course in the whole matter. The word of God, as the clergy had early stressed, could be hurting, but Jesus commanded us to offer the other cheek when we are slapped as Christians. We as Christians would not disobey God’s commandant knowing that one day we will also taste death. God is the Judge and since he is the one that commands us not to take revenge but must believe what he said that vengeance belongs to him. God is the only one that can handle the issue without human intervention and we will see his intervention soon,’ he said.

The clergy called on the state government to ensure the protection of lives and property of citizens to ensure that the peace in the state is maintained.