'I Don’t Shout Audio Sold Out,' BBN's Thelma Shades The Hell Out Of Tacha


After being dragged some days ago by Tacha, Thelma has finally responded with a shade of her own. 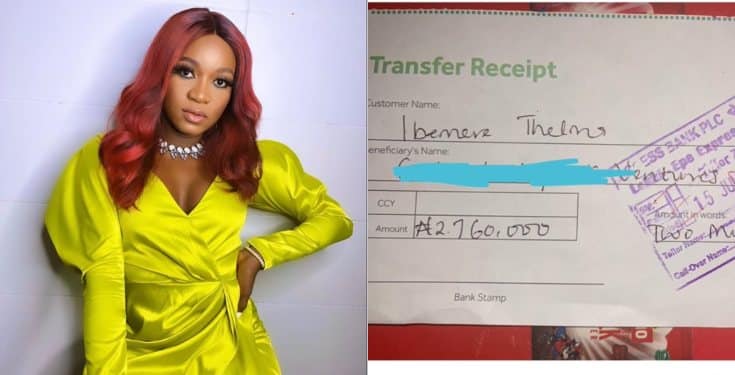 Thelma
Former big brother Naija housemate, Thelma Ibemere has shaded her fellow ex-housemate, Tacha. Thelma exposed Tacha saying she lied about selling out her products.
Thelma also bragged about having 2 million in her account.
According to the Imo state born reality star, you are not qualified to troll her if your bank transfer limit for a day is less than 2Million Naira, as she is not your mate!. 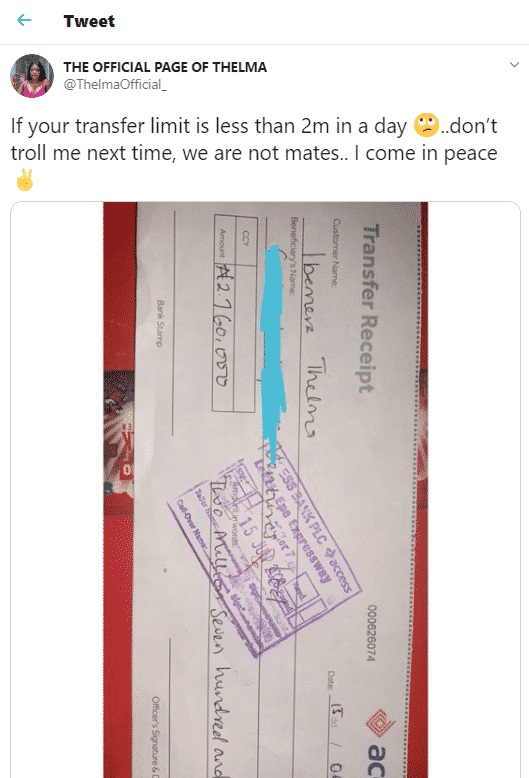 “If your transfer limit is less than 2m in a day ..don’t troll me next time, we are not mates.. I come in peace ” she tweeted as she shared a screenshot of her transfer receipt from yesterday, June 15th.
This is coming few days after Thelma was dragged by her co-housemate, Tacha’s fans, for saying their altercation in the house caused her eviction, and that her fans behave like her. 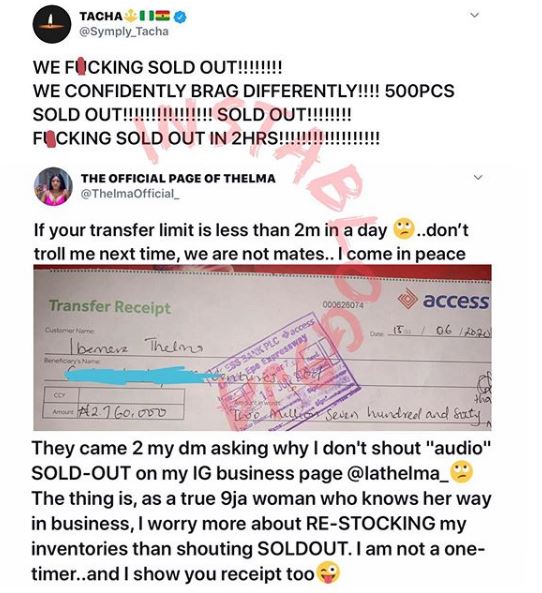