Aggrieved Parents Accuse Atlantic Hall School Of Demanding A Monthly fee Of N195,000 For Online Classes And Threatening Parents Who Refuse To Comply


The Management of Atlantic Hall School, Lagos have been accused of allegedly imposing an outrageous sum of money for online classes. 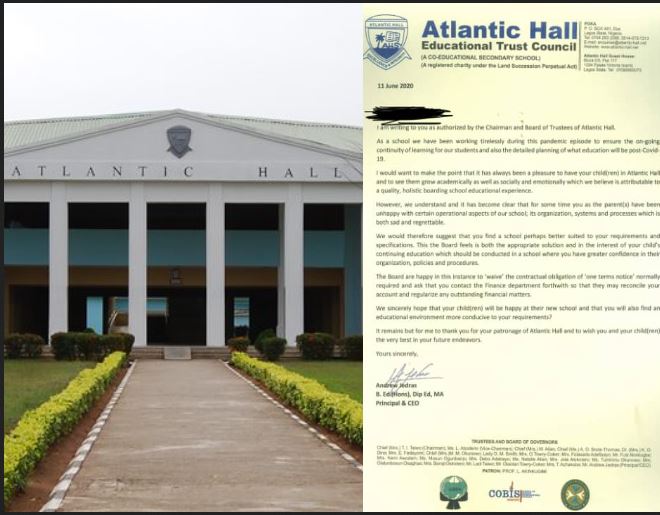 Some Parents have accused Atlantic Hall School of "bullying" after the institution allegedly imposed a monthly fee of N195,000 per child for online classes and threatened parents who refused to comply.

Due to the COVID-19 pandemic, schools have remained closed and a number of schools are teaching kids online at a subsidized fee.

Atlantic Hall School, Poka, in Epe, Lagos, through its Educational Trust Council, reportedly introduced a monthly fee of N195,000 per student for online classes. However, some parents objected to the fee and questioned how the school arrived at that amount.

The parents signed a petition and sent to the Council, asking for answers but they were allegedly told that "the amount was decided after engagement with a consultant who advises that that was the best amount."

Parents requested to have other consultants compare both figures but the council members reportedly objected and insisted on the fee of 195,000 Naira per month for each child.

Subsequently, the Principal of Atlantic Hall wrote a letter to the parents who signed the petition to inform them that they will have to withdraw their children from the school if they are not willing to pay the monthly fee.

In the letter obtained by LIB, Andrew Jedras, the Principal and CEO of the school, told the parents: "We would therefore suggest that you find a school perhaps better suited to your requirements and specifications. This the Board feels is both the appropriate solution and in the interest of your child's continuing education which should be conducted in a school where you have greater confidence in their organization, policies, and procedures."

The principal continued in the letter, "We sincerely hope that your child(ren) will be happy at their new school and that you will also find an educational environment more conducive to your requirements" 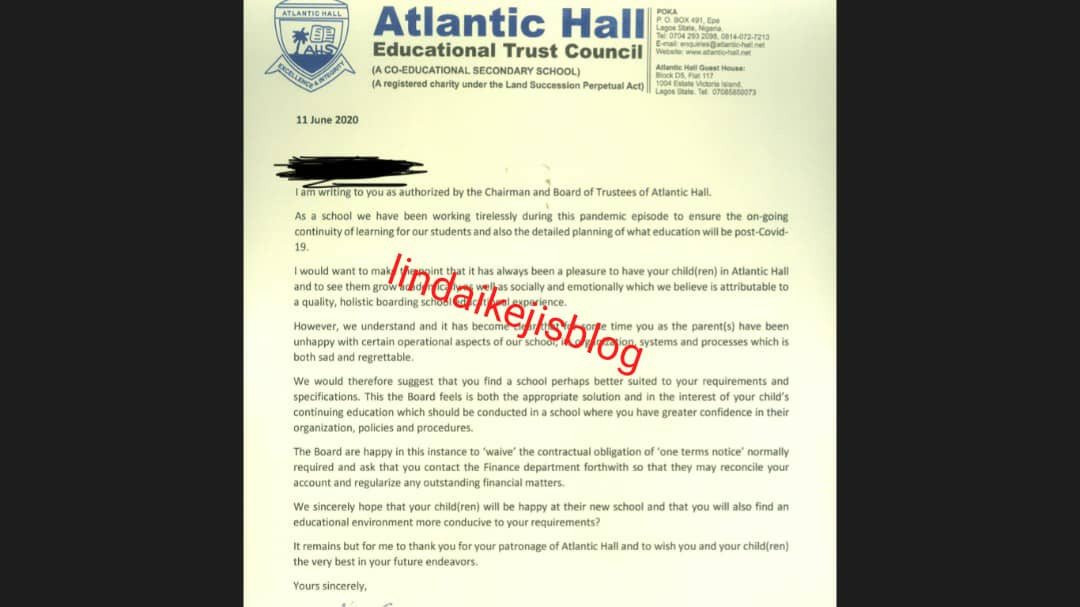 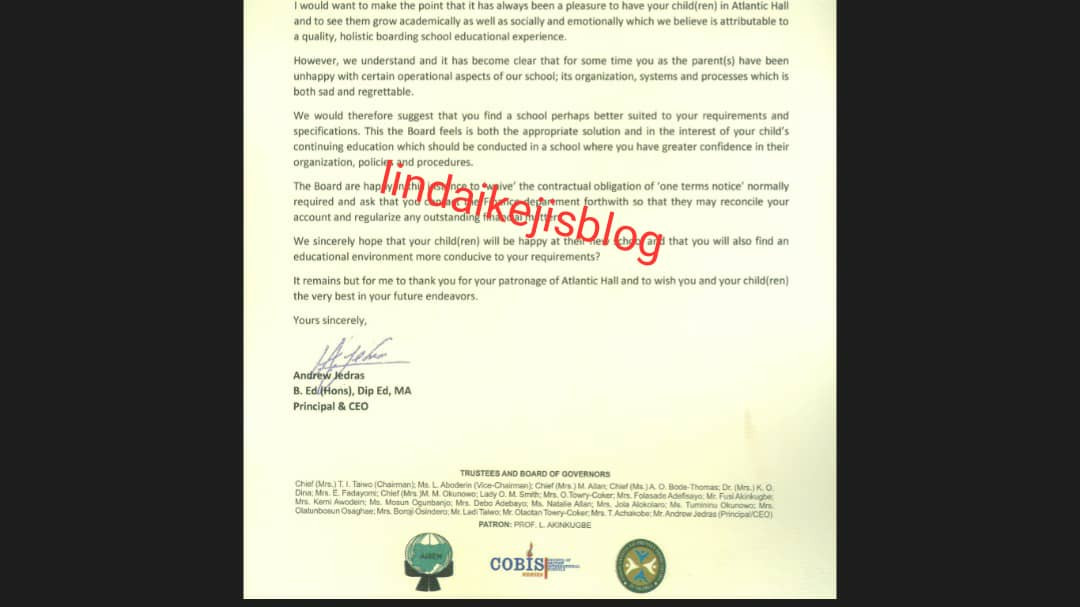 Parents who received the letter said this action is tantamount to bullying.

A concerned parent said: "This seems like bullying as the implication is all parents would have to always agree with the decisions of the Council or risk having their children removed from the school.

"In the real sense, Atlantic Hall is taking steps to expel the children of parents who complained about an unjustified imposition of fees. Parents and their children should not be punished for demanding explanation."

Parents also alleged that a "very high ranking member of the Council was removed simply because he disagreed with the Council’s fees decision."