The 32-year-old money man behind Abuja-based Invictus Group admitted his involvement in a conspiracy to commit wire fraud and agreed to cooperate with American authorities on Thursday. 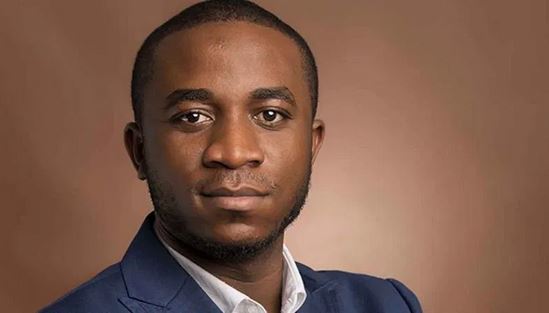 Barely three years ago, business magazine Forbes celebrated Obinwanne Okeke as one of “the world’s most influential young entrepreneurs.”

So much for that.

The 32-year-old money man behind Abuja-based Invictus Group admitted his involvement in a conspiracy to commit wire fraud and agreed to cooperate with American authorities on Thursday.

After months of denying wrongdoing, Mr Okeke, also known as Invictus Obi,pleaged guilty to $11 million (4.2 billion) theft before a federal judge in the United States on Thursday morning, according to court documents obtained by PREMIUM TIMES.

He would be sentenced on October 22 for a potentially lengthy period that could see him spend 20 years behind bars. He also faces up to $250,000 in fines and other potential penalties.

Appearing with his lawyer, John Iweanoge, Mr Okeke impassionedly acknowledged to federal prosecutors and magistrate Robert Krask of the United States District Court for Eastern District of Virginia that he was indeed a culprit in a multi-million dollar artifice indictment that the Federal Bureau of Investigation, FBI, prepared against his syndicate last year.

The F.B.I. said Mr Okeke, amongst other illicit pursuits, connived with some individuals, some of whom remained at large, to defraud American companies and individuals over a period of at least four years.

A single scheme that targeted Unatrac, a subsidiary of American heavy equipment manufacturer Caterpillar, saw the syndicate walk away with up to $11 million in spurious wire transfers, court documents showed.

The admission was a break from Mr Okeke’s initial plea of innocence and a crucial breakthrough for American authorities in the criminal proceeding that began immediately after he was arrested in early August 2019.

Mr Okeke was returning to Nigeria after a brief visit to the United States when FBI agents intercepted him at the airport and hauled him to a prison on the outskirts of the capital Washington D.C. He apparently was unaware of an outstanding warrant against him before and during his stay in the U.S. in the weeks leading to his arrest on August 6.

Following his detention, Mr Okeke was indicted by a federal grand jury in September. Prosecutors expected him to admit wrongdoing for expeditious disposal of the case, but he instead pleaded not guilty.

When the trial commenced in February, his lawyers contested the jurisdiction assumed by American authorities over the case, arguing that he did not commit the offence on American soil.

They also said authorities suppressed evidence and failed to read their client his rights following his arrest. All the allegations were denied by prosecutors, who filed evidence that contradicted defence team’s claims.

Mr Okeke’s lawyers later backed down and agreed to a plea deal with the prosecutors in April.

The deal, which was authenticated by a magistrate on Thursday, allowed Mr Okeke to admit guilt on one count of conspiracy to commit wire fraud.

Mr Okeke was initially indicted on two counts of computer and wire fraud. With the plea bargain, he was only found guilty of wire fraud, while the second charge that carries lesser sentence and fines was dropped.

As part of the deal, Mr Okeke would enjoy immunity from prosecution on the same matter in the U.S. Eastern District of Virginia. The district would also confirm the validity of the plea agreement in case Mr Okeke is charged over the same offence in other jurisdiction.

Should a need arise in future, federal authorities in the district also undertook to make a case for Mr Okeke not to be charged for the same offence in other jurisdiction.

He would, however, lose his rights to appeal the sentence and any fines that may be imposed against him at sentencing.

As part of the deal, Mr Okeke agreed to forfeit all cash and asset directly or indirectly linked to him as part of recovery mechanism against the $11 million fraud.

A federal judge would decide whether to pursue partial, full or no forfeiture against Mr Okeke at the point of sentencing.

According to the statement of facts submitted to Mr Krask, Mr Okeke admitted to prosecutors that his foray into crime did not come in error.

“The defendant stipulates and agrees that his participation in the events described was undertaken knowingly, intentionally and unlawfully and not as a result of an accident, mistake or other innocent reason,” prosecutors said.

Ahead of Mr Okeke’s sentencing in October, both prosecutors and defence teams have been assigned a slew of tasks that must be carried out.

These include a requirement that said the defence lawyer must give three days’ notice to the probation office to see Mr Okeke on the modalities of his life in prison.

The probation office itself was given 35 days before October 22 sentencing hearing to submit the report of its investigation on what Mr Okeke’s life in prison would be.

The court at sentencing would accept letters, if any, that attest to Mr Okeke’s character and call for lighter penalties against him.

May serve sentence in Nigerian prison

The sentencing guidelines being considered in Mr Okeke’s case included the possibility of his removal from the U.S. when he is ultimately sentenced by a federal judge in October, court documents showed.

If pending issues around Mr Okeke’s immigration status in the U.S. are resolved in his removal from the country, he may be sent to Nigeria to serve out the rest of his term, which would include the 14 months he would have spent in prison by the time of his sentencing on October 22.