A Facebook post about the love life of Miss Vera Uwaila that was brutally raped and left to die has landed man in trouble. 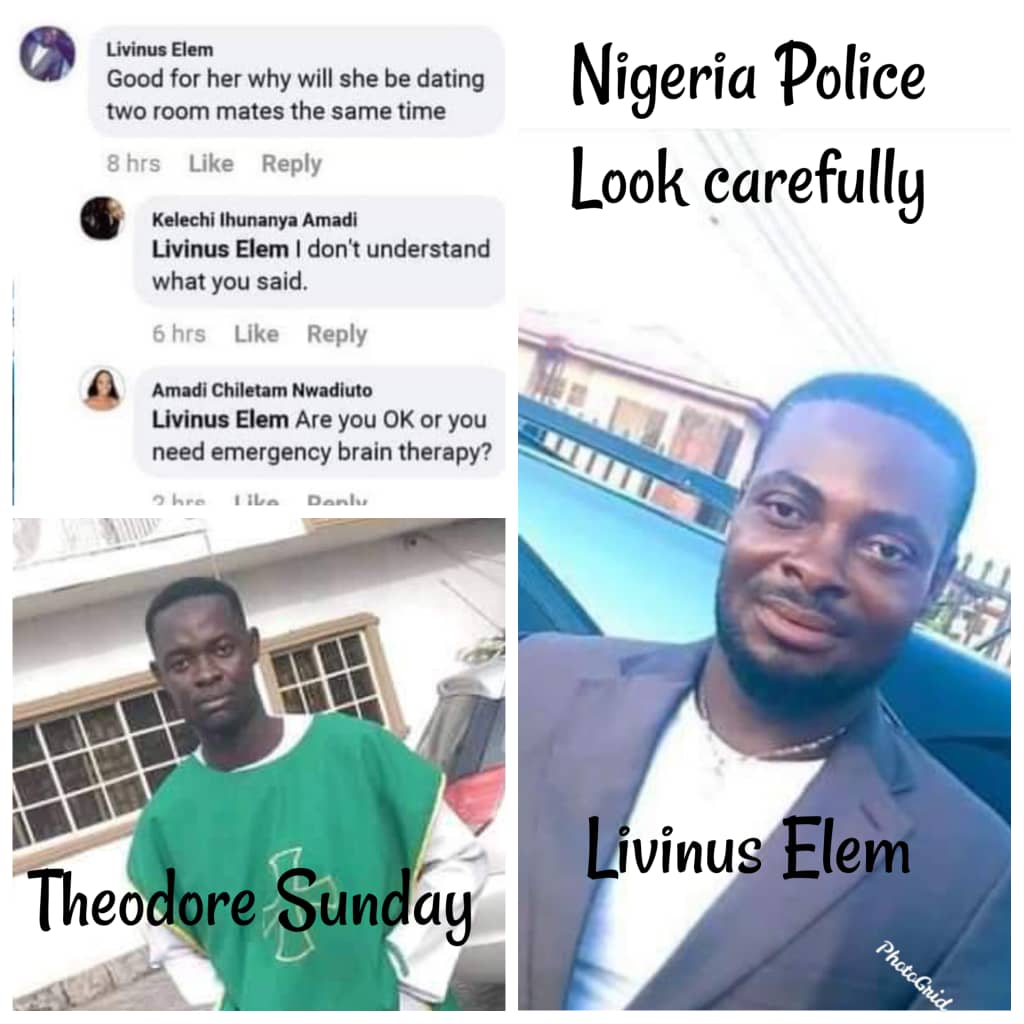 Awoh Sunday Theodore has cried out for help from his cell
A student of the University of Benin, Mr. Awoh Sunday Theodore has cried out for help after being by men of the Nigerian police over a Facebook post.
However, it has been revealed that the arrest is one of 'mistaken identity', Campus Gist reports.
The report revealed that Theodore was arrested by the police in Edo over a Facebook post by one Livinus Elem, following the death of Miss Vera Uwaila, the first-year UNIBEN student who was raped and murdered in a church.
In the Facebook post, Elem had blamed Uwaila for her death, claiming that she double-dated while alive. “Good for her why will she be dating two room mates the same time”, he wrote.
Campus Gist gathered that the comment led to the arrest and subsequent detainment of Theodore, who was taken for Elem for their alleged resemblance.
He is currently being held behind bars at the state Criminal Investigation Department (CID), Sapele road division, Benin city, the Edo state capital.
In a letter exclusively obtained by Campus Gist, dated 18th June addressed to President of UNIBEN Students’ Union Government, Theodore said he had been wrongly accused.
“I want to remind you that you are part of my number 1 hope of survival in this grievous allegations against me”, Theodore told the SUG president, who he said had earlier paid him a visit in prison.
Mr. Theodore, however, called for solidarity from his faculty, Education and the leadership of the National Association of Nigerian Students (NANS) for his freedom.
“I have been detained and my fundamental human right of habeas corpus had been violated. I have suffered what I know nothing about and till now still subjected to police cell”, he lamented.
Theodore, a member of St. Albert catholic church in UNIBEN, further requested that the chaplain in charge, Rev. Fr. Obinyan comes to his rescue and offer prayers on his behalf.
A source and member of the church, who craved anonymity, however told Campus Gist that Rev. Obinyan and other church leaders, including the SUG president were already intervening in the matter.
“We all want justice for Uwa, but we want the real perpetrators to be brought to book”, the source said, insisting, “the innocent should be spared and not be made to pay a price for a crime he did not commit.”
The source wondered the resemblance between the duo, calling on the police to give “concrete evidence” as to the connection of Theodore to the certain Elem who made the Facebook post.
Efforts to obtain comment from the Edo state police public relations officer, DSP Chidi Nwabuzor proved abortive. His phone line was still busy as at the time of filing this report. 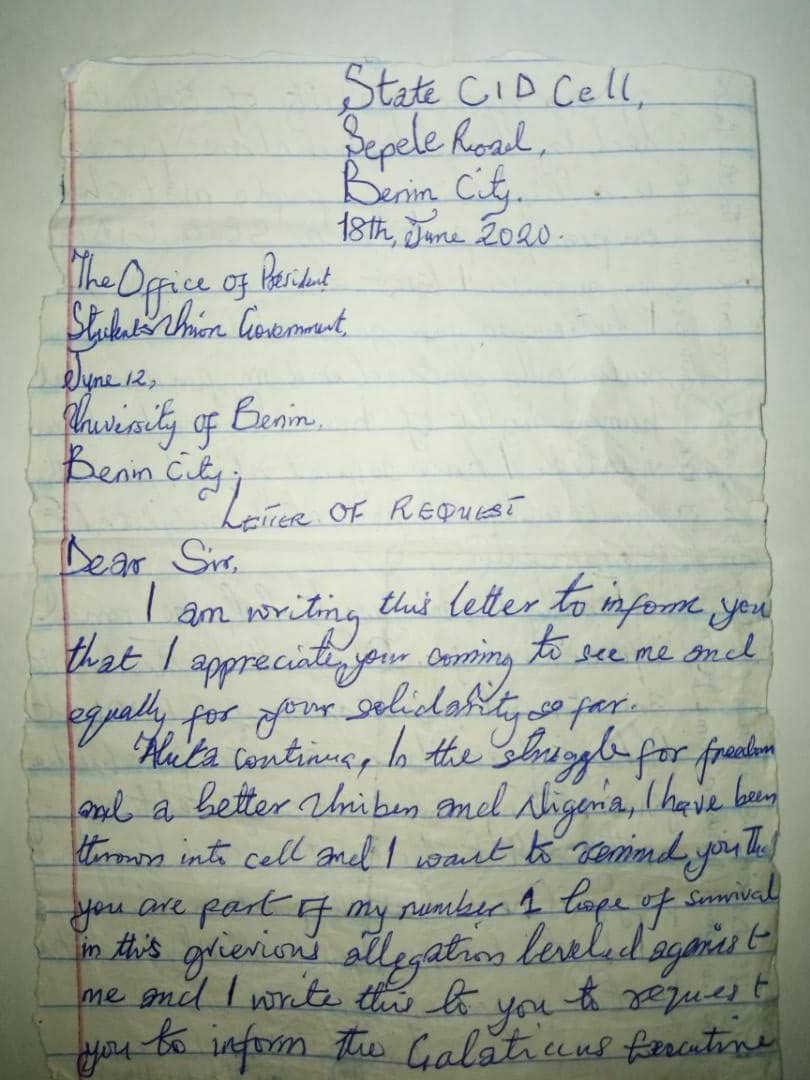 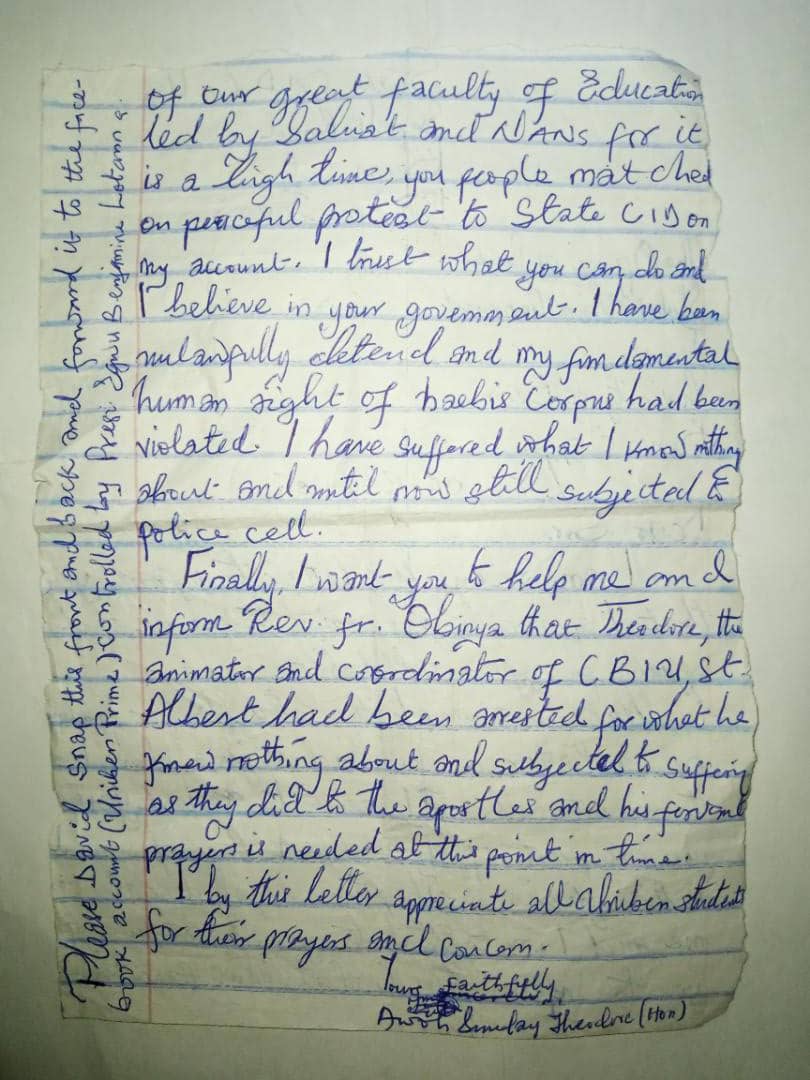