The decision was reached at the National Executive Council meeting held on Thursday. 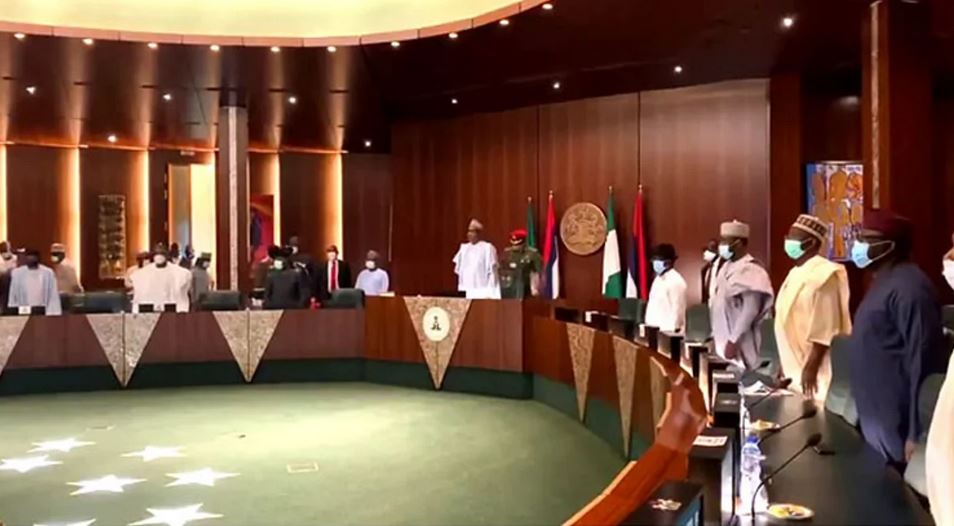 Buhari with other attendees at the APC NEC meeting

The All Progressives Congress has dissolved its National Working Committee.

The decision was reached at the National Executive Council meeting held on Thursday.

The problem in the APC NWC came to a head on Tuesday last week when the Court of Appeal sitting in Abuja upheld the suspension of the party’s National Chairman, Adams Oshiomhole, by the High Court of the Federal Capital Territory.

At an emergency meeting on the evening of the same day, 17 members of the NWC loyal to Oshiomhole, appointed a former governor of Oyo State, Senator Abiola Ajimobi, as acting chairman.

Giadom, in a counter move, together with two other NWC members, addressed a press conference on June 17, when he declared himself as the acting chairman. He backed his action with the judgment of the FCT high court, which in March gave him the go-ahead to be the acting national chairman.

Despite his suspension by two Port Harcourt courts and his replacement as the deputy national secretary, Giadom on Tuesday issued a notice of the APC NEC meeting, which would hold today (Thursday).

But the Ajimobi-led NWC on Tuesday said having been suspended from the NWC, Giadom was not qualified to convene the NEC meeting.