A girl has been sexually assaulted by 3 men after she went to visit a Facebook friend. 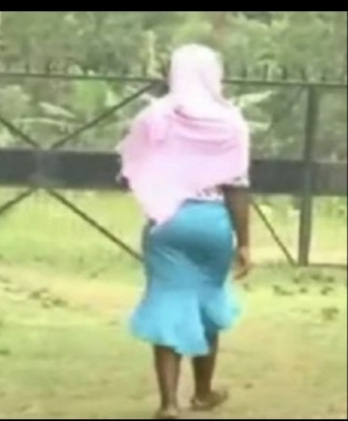 The woman was forcefully assaulted sexually by a man she met on Facebook
A mother left in pain after three men raped her 17-year-old daughter on seperate occasions in early June has cried out for justice. The tragic incident which happened in Kenya has left many people in shock.
Recalling how the incident occurred, the girl said she knows only one of the men from Facebook and gave his name as "Vincent". She said he invited her to his home in Mbale, a distance of 210 kilometers from Mbita where she stays with her Aunt.
She said;
“I met the man on Facebook. His first name is Vincent, and the surname indicates he is of Luhya ethnicity. He invited me to Mbale, Vihiga County so that I know where he stays — Hekima area. I usually stay with my aunt. I told her that I was going to pay mum a visit and return on Sunday, June 14.
“He told me to use my money to travel to his place, and that he will refund once I get there. Vincent defiled and kicked me out of his house without giving me any money to travel back home.
“While stranded, I met a boda boda rider, who promised to provide me with somewhere to shelter for the night. He further said that the following day, he will take me to Kisumu, where I will board a bus home. He took me to a lodging facility in Kakamega, where he defiled and stole my phone.
“On returning to Mbale, I met yet another man, who took me to Vincent’s place. We found the door had been locked. The then-curfew cut-off hour of 7pm had clocked. So, the man told me he would take me to his place, where I would spend the night. While at his home, he defiled me and kicked me out the following morning.
“I want this case to be pursued to the end. The men hurt me."
The rape victim who said a  female Good Samaritan helped her seek medical treatment and file a report at Mbale Police Station on June 10, identified her last defiler as one Davies, who “stays near Mbale High School”.
The mother of the 17-year-old on her own part said;
“My 17-year-old daughter stays with her aunt, who lives in Mbita. She (daughter) told me that she would come home on Friday, June 5. When I called her later Friday to inquire, why she had taken long to arrive home, she said I shouldn’t worry, and that she’d be home soon. In the evening, her phone line was unreachable. I did not know where she had gone to, or what had happened to her.
“On Tuesday, June 9, I received a call from a police officer attached to Mbale Police Station. The cop asked me to go to the station because my daughter was seriously ill. I was shocked; I did not know how she got to Mbale in Vihiga County, a place that I, personally, had never set foot in. I was told that she met one of her defilers on Facebook.”
K2TV reported that one of the suspects, David Nyangweso has been arrested and arraigned. He is being held in custody as investigations into the matter continue.
Top Stories