With the dissolution of the National Working Committee of the APC, ex-lawmaker Dino Melaye has mocked Oshiomhole. 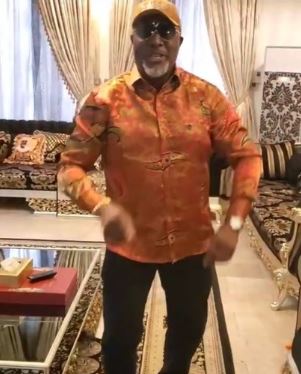 Dino has mocked suspended APC chairman, Adams Oshiomhole
Former Kogi West Senator, Dino Jonah Melaye has taken to social media to react to the dissolution of the National Working Committee, NWC of the All Progressives Congress, APC.
Recall that The APC dissolved its NWC on Thursday during a National Executive Committee, NEC meeting convened in Aso-Rock. Suspended National Chairman, Adams Oshiomole wielded considerable influence over the dissolved NWC.
Reacting to the development, the controversial ex-lawmaker mocked Oshiomhole with a new song, saying President Muhammadu Buhari has sent Oshiomhole to Golgotha.
“Why did Buhari, APC take Oshiomole to Golgotha? Meanwhile, myself and Sen Saraki are waiting for our retirement letter from the disgraced former chairman.” Dino said.
Watch video below:
Top Stories