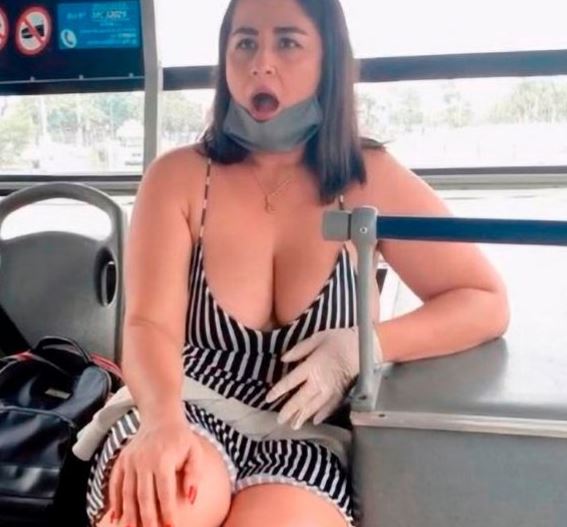 The actress, named in reports as Kaori Dominick, filmed the scene in Cali, Colombia.

The video was then uploaded to P*rnhub before it was later deleted, after breaking Valle del Cauca regulations that require a mask to be worn at all times on public transport.

In pictures shared online, the woman is seen wearing gloves and a facemask when she is approached by a man as she is buying a ticket for the bus. 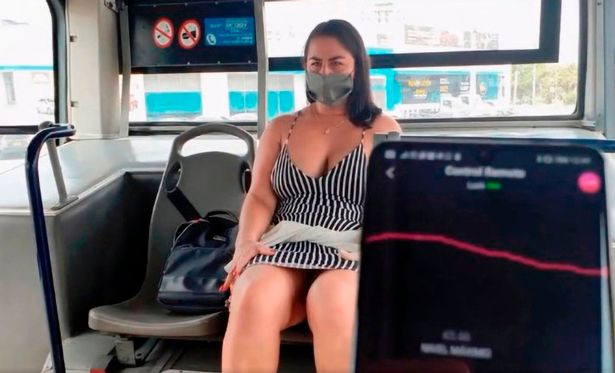 The woman then reportedly gave the man her underwear as a memory as the video ends.

The video is said to have been widely popular before it was taken down and the authorities are now working to confirm the identity of the man and woman in the clip.

The pair could face fines for breaking safety measures ordered during Colombia’s coronavirus lockdown, according to reports. 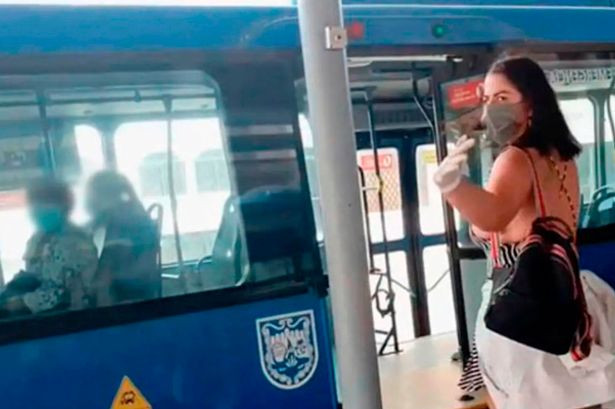 Oscar Ortiz, the President of Metrocali, the company in charge of buses in the city, said: “The p*rn video on the bus will be sent to the authorities in order to identify the actors.”

The company added in a statement that the video showed a lack of respect for other bus users.

The police investigation is ongoing and no fines or sanctions have been reported.