BBNaija Reunion: Why My Relationship With Diane Crashed – Elozonam Speaks


Elozonam said although they had decided to slow things down, Diane treated her friends better than him and failed to respect his feelings. 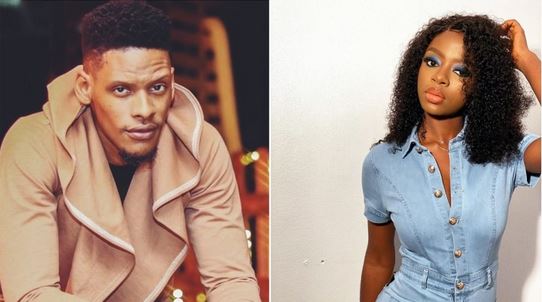 Speaking on Wednesday’s episode of the Big Brother pepper dem reunion show, the actor told the host, Ebuka Uchendu that he ended the relationship because Diane was disrespectful.

Elozonam said although they had decided to slow things down, Diane treated her friends better than him and failed to respect his feelings.

He also recounted how they attended a party together and after the show, Diane left with another man she liked.

Elozonam said, “So we were to attend this party with some housemates. I and Diane arrived the party and we were cool, however, towards the end, Diane started talking to Mawuli( a guy she invited to the party).

Mawuli is a Ghanaian actor who Diane liked before she went to the reality show.

“ I spoke to her about it and she said she owed me no explanation. Shortly after that, she left with the guy.

“I got angry but I was not going to lose my home training for it so I decided to end the relationship.”

But reacting, Diane claimed that Elozonam was unforgiving and he allowed friends disrespect her.

According to Diane Russet, Ike stuck with Mercy Eke despite the many issues that came their way in the relationship but Elozonam was different.

The 24-year old maintained that she had apologized for the incident and thought they had moved past it but Elozonam did not forgive and has failed to accept his flaws too in the relationship.

“I agree I messed up but Elozonam, you have to man up and accept you were also wrong.

“ I have taken responsibility for my actions but you haven’t. You and your friends created a Whatsapp group to insult and spread rumour about me but you expect me to accept it?

“Ebuka please our relationship did not work out and I have moved on,” She added.

Oh No! This Lady Thought She Was Pregnant For 13 Years, But See What Was Removed From Her Bulging Stomach (Photos)
Popular Stories