Schools across the country have remained shut since March in the wake of the COVID-19 outbreak in the country that has resulted in the infection of over 25,000. 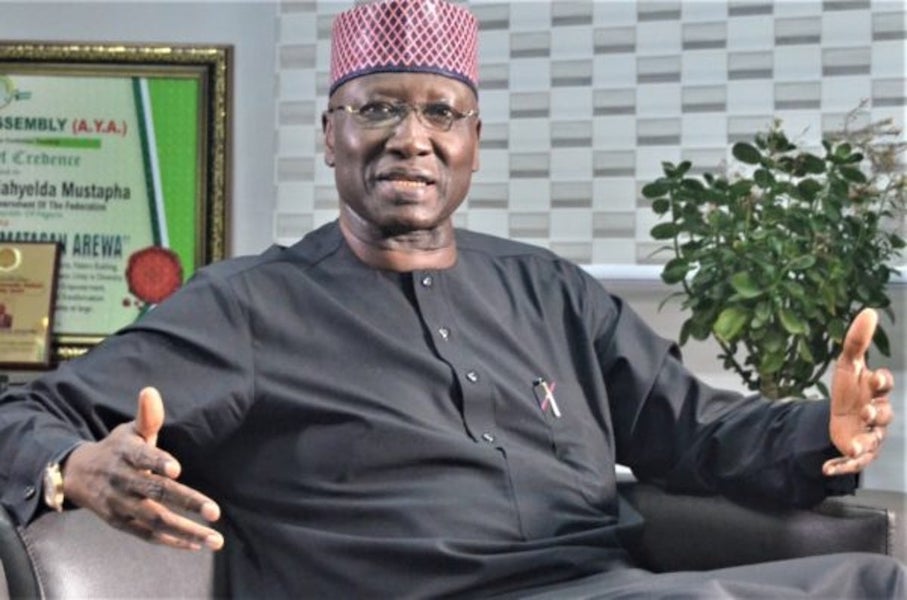 The Federal Government will meet with states on Tuesday to discuss the modalities for the safe reopening of primary and secondary schools, Sunday PUNCH reports.

Schools across the country have remained shut since March in the wake of the COVID-19 outbreak in the country that has resulted in the infection of over 25,000.

The Chairman of the Presidential Task Force on COVID-19, Boss Mustapha, had on Monday announced the resumption of schools, saying it was meant to allow pupils in graduating classes to resume preparation for examinations.

However, the Nigerian Medical Association and the Nigeria Union of Teachers argued that the move was not only badly thought out, but could also expose both teachers and pupils to the deadly infection.

The Edo State Commissioner for Education, Mr Jimoh Ijegbai, told Sunday PUNCH that the state had yet to conclude the modalities for schools resumption.

He said, “I just got an invitation from the Minister of Education and we are meeting on Tuesday. The truth is that we have not drawn out the modalities for their resumption. I have sent a memo to Mr Governor. We need to buy infrared (thermometers). We need to fumigate all the school premises, get hand sanitisers and personal protective equipment for teachers.”

The Chairman, Katsina State Universal Basic Education Board, Lawan Buhari, said the state ran educational programmes on the state radio and television to enable the pupils to keep up with their curricula at home.

He, however, added that, as for the resumption date for terminal pupils in primary and secondary schools, “we have yet to decide on that.”

Similarly, the Osun State Government, on Friday, said no date had been picked for school resumption in the state.

The Special Adviser to the Governor on Education, Mr Jamiu Olawumi, however, told one of our correspondents that teachers would resume before pupils in terminal classes returned to schools.

In Bauchi, the Commissioner for Education, Dr Aliyu Tilde, noted that the stae government was waiting for federal directives.

“Everything will depend on the guidelines provided by the Federal Government/NCDC (Nigeria Centre for Disease Control). All states are waiting,” he said in a text message.

Ogun State also said it would reopen schools for graduating pupils to sit their examinations but added that it had not agreed on the protocols.

Similarly, the Enugu State Government stated that it was putting all necessary safety measures in its schools before announcing a resumption day.

In the same vein, the Plateau State Commissioner for Secondary Education, Mrs Elizabeth Wapmuk, said the state government was still consulting with stakeholders on when schools in the state could reopen.

In Delta State, the Commissioner for Basic and Secondary Education, Patrick Ukah, also stated that the state was still meeting with stakeholders on schools resumption.

The Commissioner for Education in Gombe State, Dr Habu Dahiru, said efforts were underway to fumigate the schools for prompt resumption of pupils within the specified classes. He did not, however, give a specific date for the reopening.

The Niger State Government also noted that it was weighing the risk of reopening schools and putting in place sufficient plans.

The Commissioner for Education, Hannatu Salihu, said, “We got a directive from (the state) government to conduct a stakeholders meeting, which is ongoing and it involves critical education and inter-sectoral stakeholders, including health, water, information, environment and all relevant partners.”

Also, the Taraba State Commissioner for Information and Reorientation, Danjuma Adamu, stressed that “though the Federal Government has directed the class of Primary 6, JSS3 and SS3 should reopen, the governor still reserves the right to set a date that is convenient for schools in the state to open.”

The Benue State Government had, on Wednesday, after the State Executive Council meeting announced a partial reopening of schools for graduating pupils.

However, the Commissioner for Education, Prof Dennis Ityavyav, told one of our correspondents that no date had been fixed for the state-wide resumption.

Kwara State Commissioner for Education and Human Capital Development, Fatimah Ahmed, also stated that there was no directive yet as to when pupils in terminal classes would resume.

The Ebonyi State Government, similarly, said reopening schools for terminal pupils in the state at present was equal to endangering their lives.

In Cross River State, the Commissioner for Quality Education, Dr Godwin Amanke, was not available for comment when one of our correspondents visited his office. He also did not respond to calls and text messages.

However, an official in the state government who spoke on condition of anonymity said no date had been fixed for schools resumption, adding that a statement would be issued once the government had decided on it.

In Rivers State, the Commissioner for Education, Prof Kaniye Ebeku, noted that the state was ready for schools to reopen but that it was awaiting the appointed date from the Federal Ministry of Education for synergy with other states