Nigerian singer, Waje has reacted after some men on Twitter said they would not allow their mother remarry if they lose their father. 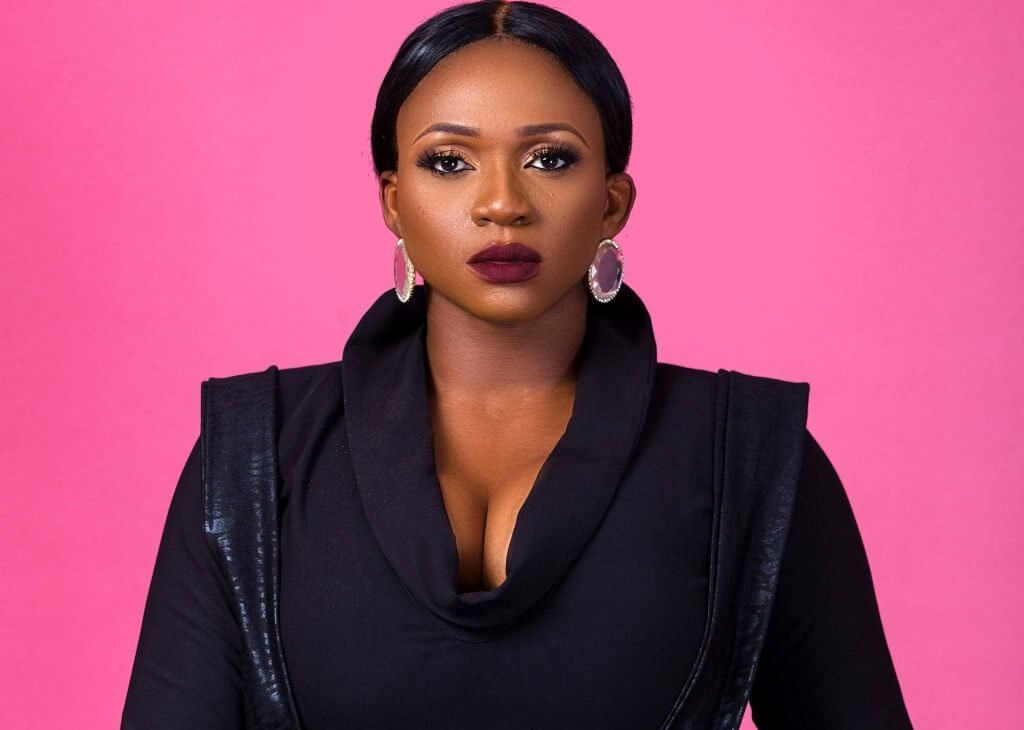 Following the on-going arguement  on Twitter about widows remarrying,  a number of men said they will raise hell if their mothers try to remarry and Waje has reacted to the argument.

A number of men stated that their fathers are allowed to remarry but they will not allow their mothers remarry if their fathers die. 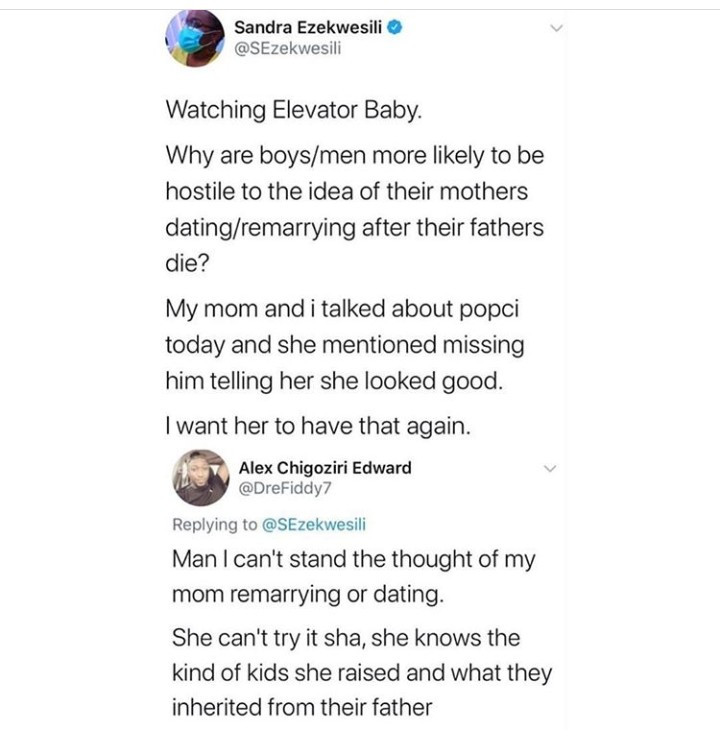 It led to a debate and one man disagreed. He stated that he's in search of a companion for his mother.

Responding to a particular tweet from a man who vehemently opposed his mother remarrying, singer Waje stated that some men are selfish. She said that a man is adviced to remarry if his wife dies. However, if a husband dies, the wife will not be allowed to find happiness. She added that adulthood has taught her to appreciate her mother better. She further stated that children should want their parents' happiness. 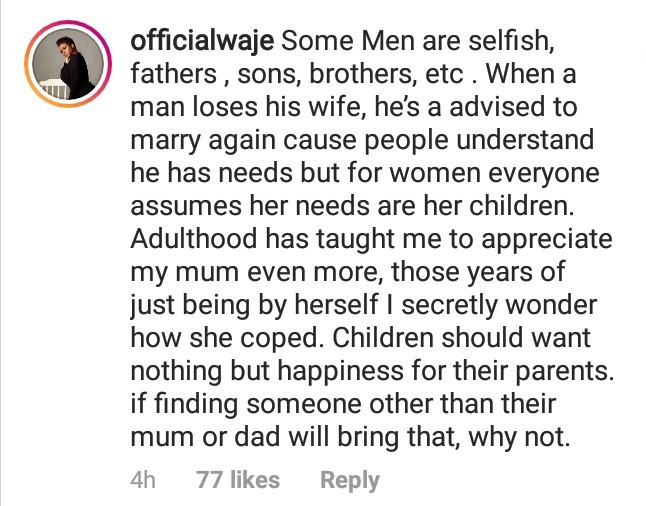