There has been a fire outbreak at one of the two buildings of the Abuja World Trade Centre. 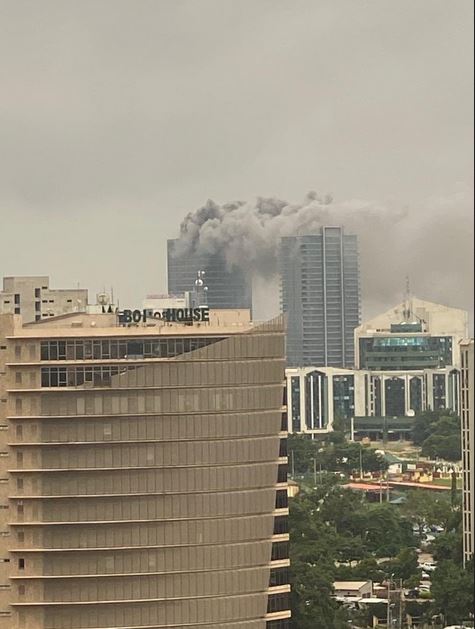 The fire outbreak started from the top of the skyscraper which is located at the Central Business District in the Federal Capital Territory FCT. 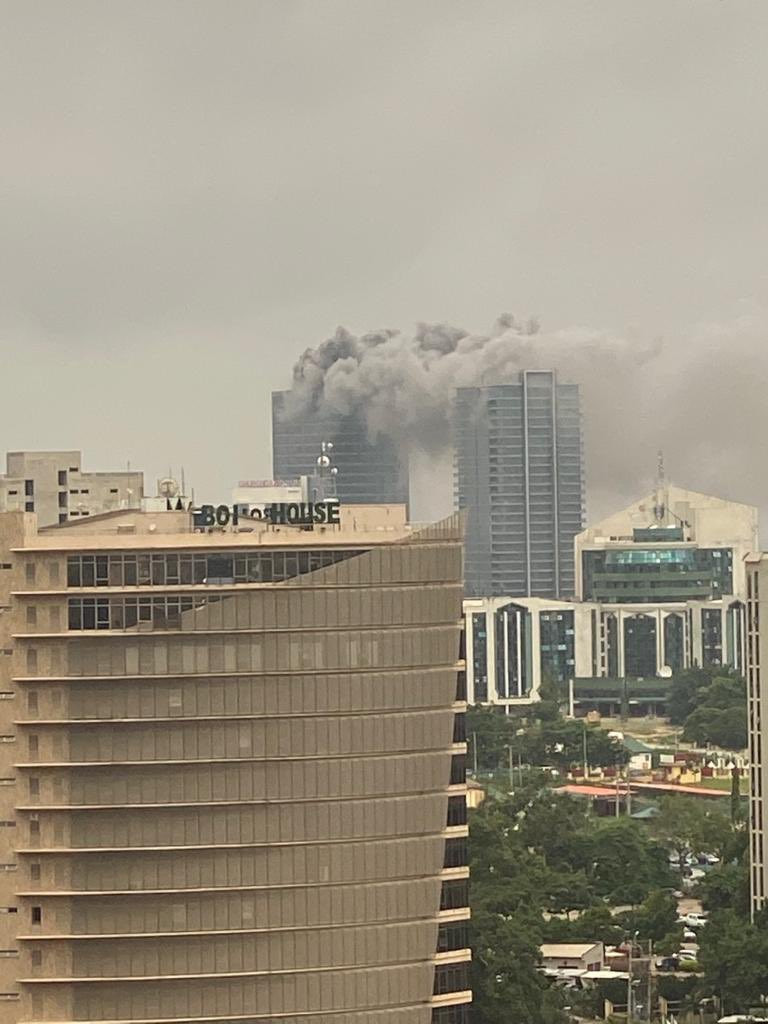 Spokesperson of the Federal Fire Service FFS, Ugo Huan said personnel of the service were immediately drafted to the scene and they succeeded in putting out the fire.

Though it was not immediately certain what could have caused the fire, eyewitnesses at the scene said it may have been as a result of electrical fault from the power source being used for the construction of the building. 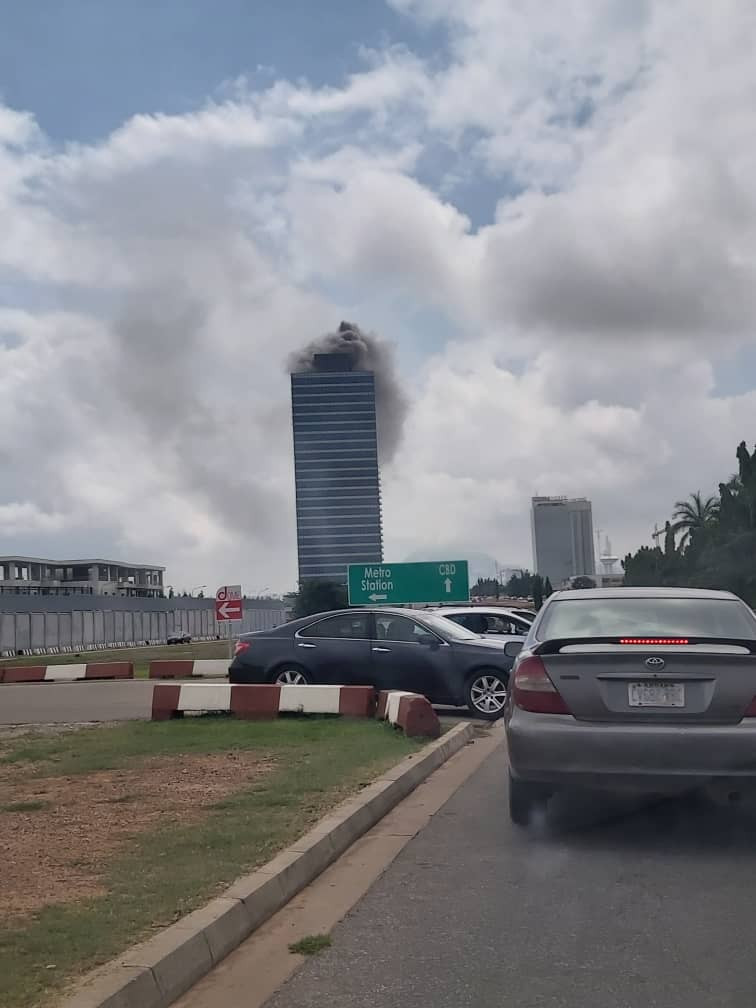 President Goodluck Jonathan had in September 2011 launched the project said to cost over $1 billion with an estimated completion date initially slated for 2013. The building is yet uncompleted.

World Trade Center Abuja gutted by fire. The cause of the fire outbreak is yet unknown. Men of the Federal Fire Service are already on ground to put out the fire.