A promising young girl has taken her own life in Lagos after being molested by her step-brother. 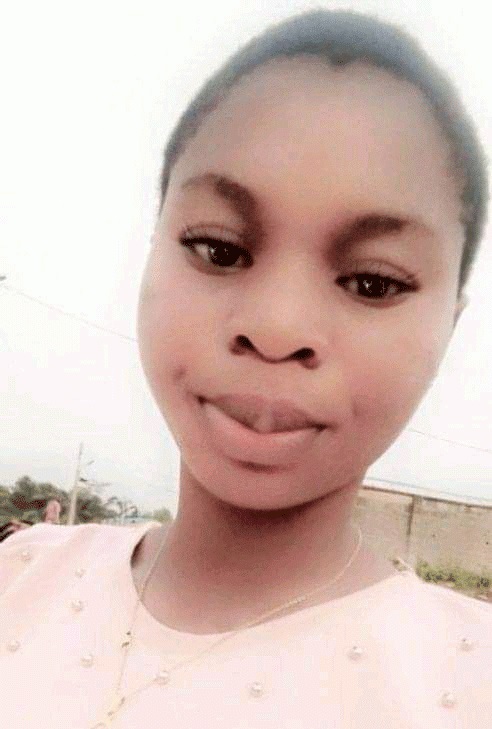 Sherifat Suleiman
A 20-year-old girl, Sherifat Suleiman, has committed suicide in Ikorodu area of Lagos after series of molestations by her step-brother.
Vanguard reported that the tragic incident occurred at about 4 p.m., on Sunday, in Isawo area.
The deceased and her brother, who lived in a two-room apartment on Road 8, off 2nd Avenue, Olorunsogo, Yewa, Isawo, were said to always be at loggerheads.
Sherifat, who was preparing for the West African Senior School Certificate Examination, WASSCE, started living with the brother after the death of their father.
On the day of the incident, it was learned that she bought and ingested a poisonous substance. When she started writhing in pains, a little girl raised the alarm.
Neighbours responded, but found Sherifat lying on the floor, with whitish discharges from her mouth. She died on the way to the hospital.
Her step-brother, crying, was said to have wrapped the body up and headed for their home town in Ijebu area of Ogun State for burial.
Residents said the girl decided to commit suicide when she could no longer withstand the physical and psychological assault by her brother.
They said on examining the body, they noticed bruises on her legs and laps. But a senior police officer, who pleaded anonymity, said investigations are on.
Lagos State Police Public Relations Officer, Elkanah Bala, did not respond to his call when he was contacted on phone.
Top Stories