Osagie Ize-Iyamu said he was persuaded by the highest echelons of the PDP to stay with the party after he decided it was time to return home to the APC. 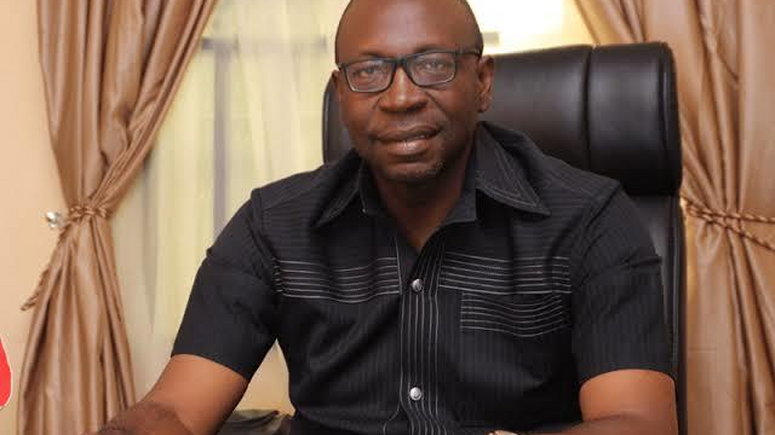 The All Progressives Congress (APC) governorship candidate in Edo,Osagie Ize-Iyamu has said that the Peoples Democratic Party (PDP) leaders begged him not to join the APC.

Ize-Iyamu said this on Wednesday through his campaign council.

He noted that Governor Godwin Obaseki doesn’t have tangible achievements and called the PDP a “dying” platform.

His spokesman, John Mayaki, in a statement, said PDP has been completely relegated to the footnote in the buildup to the September 19 election.

Mayaki insisted that PDP internal division was escalating because of “the imposition of Governor Obaseki”.

“They are claiming that Pastor Osagie Ize-Iyamu left the PDP acrimoniously, forgetting that the same was begged, lobbied, and persuaded by the highest echelons of the party to remain when he decided it was time to return home to the APC”, the statement read.

“They perhaps forgot how in December, during the rally held to ceremoniously welcome Pastor Osagie Ize-Iyamu home to the APC, thousands of the party members across the 18 LGAs of Edo State, including big-wigs, graced the event or staged theirs in their various domains to show solidarity and loyalty to Pastor Ize-Iyamu.

“The spectacle of holding the entire state spell-bound and drawing the support of thousands was one of the first things that welled up the feeling of envy and timidity in Governor Obaseki.

“The envy and feeling of insecurity led him to shock the entire country by being the first Governor who desperately tried to stop a popular politician, with thousands of followers, from joining and strengthening his party before he left for the PDP where he has once again emerged as a polarizing figure.

“What is left of the PDP in Edo State is a carcass emptied of soul and substance. Yet, even the remnants cannot agree on the forced candidacy of Obaseki.

“While some remain embittered and will thus see to the party’s final fall on the 19th of September, others are merely putting up a front to fleece the desperate cash cow that is Obaseki before finally heeding the call of political retirement.

“There is nothing left for the PDP to do than to complete its 15 billion naira contract with Obaseki through statements from Abuja by the tax-collectors, even if journalists must now be wary to avoid being used by a dying party on its way to complete oblivion,” he said.