How Ex-President, Jonathan, Got University Student Who Created Parody Twitter Account In His Name Detained For 54 Days


His arrest was masterminded by Jonathan, who personally placed a phone call to the Inspector-General of Police, Mohammed Adamu. 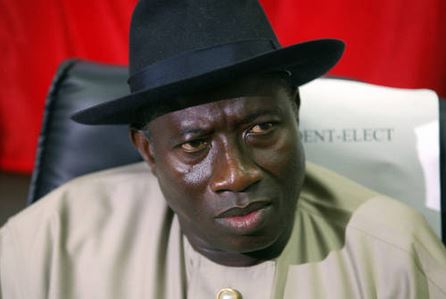 Babatunde Olusola, an orphan and final year student of  Chemical Engineering of Ladoke Akintola University (LAUTECH), Ogbomoso, Oyo State, is still in detention, 54 days after he was arrested for creating a parody Twitter account of former Nigerian President, Goodluck Jonathan.

His arrest was masterminded by Jonathan, who personally placed a phone call to the Inspector-General of Police, Mohammed Adamu, alerting him of the parody account and requesting Babatunde's arrest.

The ex-Nigerian President also instructed his Chief Security Officer to make a formal written complaint to the Inspector-General of Police.
Babatunde was arrested through his uncle by the Special Anti-Robbery Squad, a dreaded controversial unit of the Nigeria Police Force.

The call history linked him to his uncle, a pastor in Ogbomoso, Oyo State, who was immediately placed under house arrest by the Special Anti-Robbery Squad operatives and was ordered to invite Babatunde to his residence for onward arrest, which was done.

Afterwards, Babatunde was transferred from Ogbomoso to Ibadan and later to Abuja where he remains in detention of Nigeria Police Force Criminal Investigation and Intelligence Department (FCIID) division in Area 10, Abuja.

Guys,
Twitter influencer @jayythedope has Been in Detention at The Force Crime Investigation Department (FCID) over a Tweet he Made Weeks Ago regarding ex president's wife

He's Been in Detention For 53 Days and he Clearly stated It was PARODY.@segalink@YeleSowore#FreeShola pic.twitter.com/vAQo0ZFvig

Information obtained by SaharaReporters shows that Jonathan is aware that Babatunde is an orphan whose academic pursuit had been essentially paralysed by his continued detention.

More so, he has been told that parody accounts do not violate Twitter rules, even as Babatunde made the express clarification in the biography of the parody Twitter account that the account does not belong to the former President.

Renewed calls for Babatunde's release mounted on social media on Tuesday with the hashtag #Freeshola, leading to the intervention of notable Nigerians.

Sources disclose to SaharaReporters that Babatunde had been granted bail by an Abuja Federal High Court judge.

He was asked to present a level 15 federal civil servant as surety with N500,000 bail sum, which is considered stringent.

Arowolo Ayodeji, the lawyer, who got Babatunde's bail, said the young man is being charged for impersonation under Section 22(3)(c) of the Cybercrimes Act and that his bail bond had been completed but the unavailability of the Chief Judge of the Federal High Court to append signature to the bail bond had stalled the process.

Speaking with SaharaReporters on the development, Akinyode, who is also the National President of the Revolutionary Lawyers' Forum, said, "The charge against Babatunde is watery and baseless. The allegation against him is dead on arrival.

"Actually, by virtue of Section 22 (3)(c) of the Cybercrimes Act, former President Goodluck Jonathan must prove that Babatunde's parody account has caused disadvantage to himself or other persons. That clearly is not the case here. The whole arrest is just an unbridled display of power."