“Father, Let This Boy Suffer For 600 Years' - Angry Pastor Lays Curse On Man Who Called Him A Beggar (Video)


A pastor has confronted a man for calling him a beggar before laying curse on him. 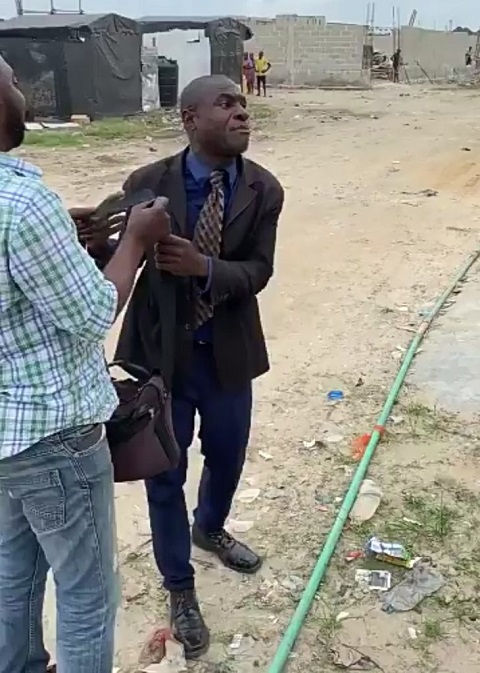 Angry pastor curses man on the street for calling him a beggar
A Nigerian pastor has rained curses on a man after he called him a beggar.
The incident captured on video showed the moment the pastor lost it and threatened to 'remove the man's teeth' for the insult.
According to the pastor, he finished preaching a sermon and the young man had the guts to call him a beggar.
Provoked by the ‘beggar’ tag, the pastor hurled insults at the man and placed a curse on him, saying he will suffer for 600 years till he eventually lands in prison.
“God go punish your papa, I swear I go commot your teeth now. You go suffer for 600 years till you go prison, you go thief, them go catch you”, the pastor yelled.
Watch video below:
Top Stories