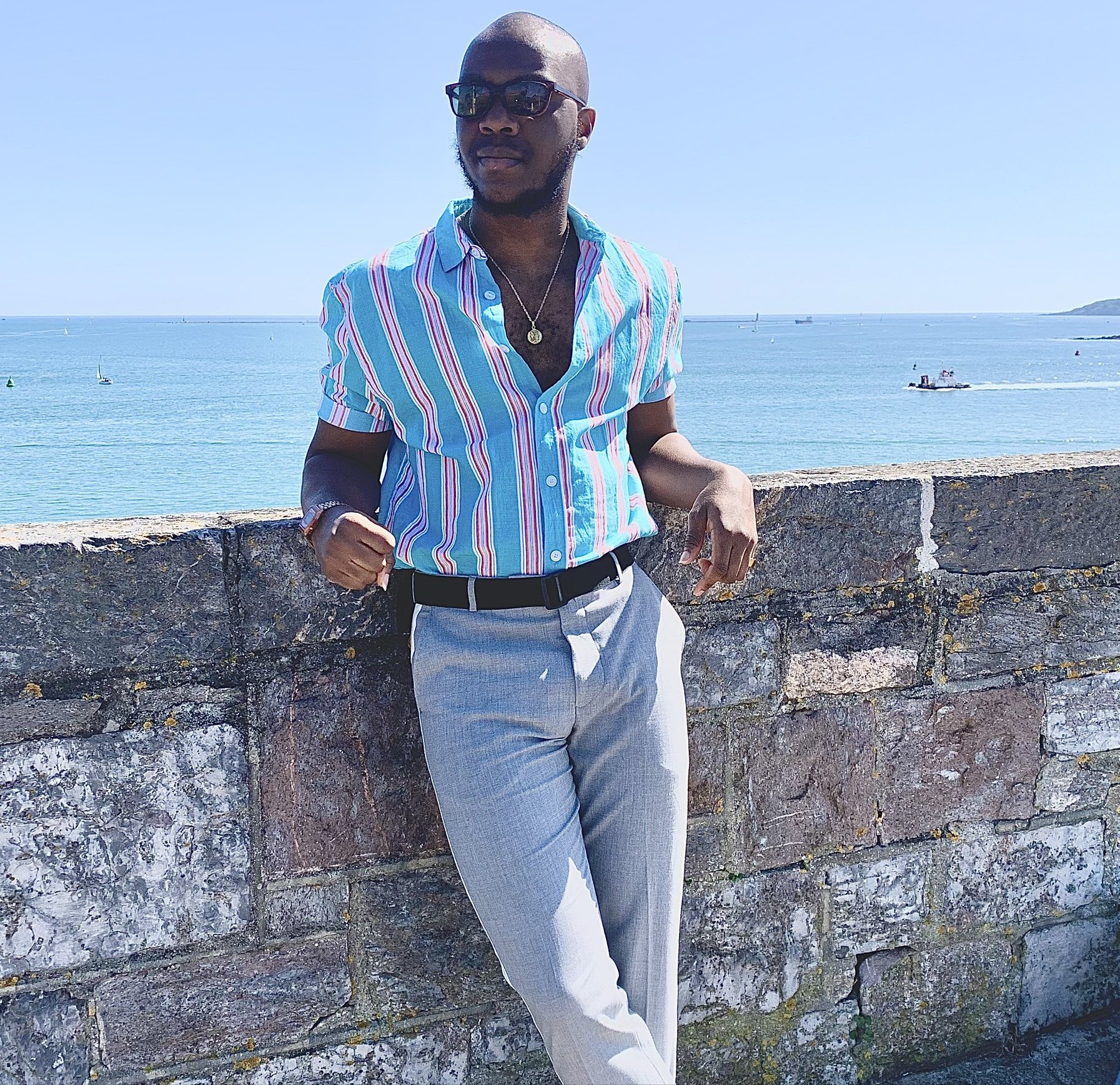 He admitted that he didn't give his best while schooling in UI and, as a result, he had to come back for an extra semester after his mates had graduated. In spite of all that, he graduated with a third class degree.

He said he found it hard to get jobs because of his poor result.

He decided to travel abroad and get a first degree again and he just graduated with a First class. He explained that he was working two jobs while schooling but he was determined to make his parents proud this time.

Read his story below. 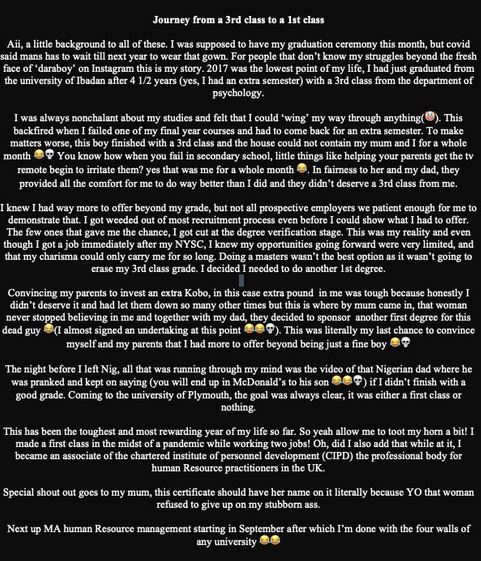 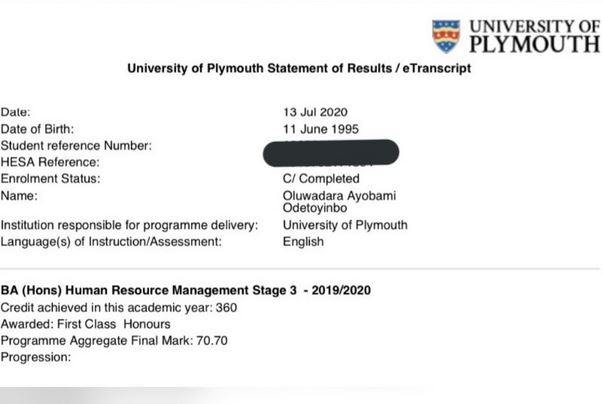