Days after his death, Babangida said he is still in shock to accept the reality of the death of the man he called ‘Mallam Isa’. 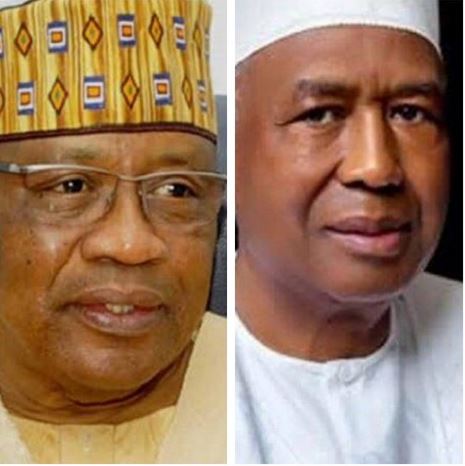 Isa Funtua died on Monday night in Abuja. He was buried on Tuesday.

Two days after, Babangida said he is still in shock to accept the reality of the death of the man he called ‘Mallam Isa’.

It has taken me two days of shock to be able to muscle the strength to write this tribute and condolence to the family of my departed brother, friend, associate and confidant, Ismaila Isa Funtua.

I am still left in awe to come to terms with the shocking news, but like every mortal, we must taste death when it is time.

Irrespective of age, status and social standing, when we lost our dear ones, we are left in pains, emotional trauma, grief and nostalgia. Mallam Isa, was like an alter ego to me since our path crossed over fifty years ago.

He became part of my family since then and we remained so closely knitted until his sudden death two days ago.

Mallam Isa, as I fondly call him, was one Nigerian who never pretended about issues and situations. You would rightly know where he belongs. He was not given to frivolities and shenanigans. He was pointedly frank when he needed to make his position known on any matter.

He carried with him an aura that defined his persona. He made friends across the length and breadth of Nigeria, from the North to the South, East to the West. He was indeed a bridge builder, a peace maker and one who believed so much in the unity of Nigeria. He believed so much in constructively engaging issues, apply mediation to resolving issues than seeking alternative methods.

As friends and brothers that we were, he never hesitated in speaking his mind in a brutally frank manner no matter whose ox is gored. He carried himself with uncommon patriotism and always ready to reach out to people no matter their backgrounds and tribal inclinations.

He was a pan-Nigeria statesman who was largely misunderstood by some and eternally appreciated by many who understood the dynamics of his engagements. Often times, he would insist that Nigerians must live to love themselves despite our different “tongues and tribes”, because in his view, we are better off as a united entity than a fractured nation.

Mallam Ismaila, a publisher, business guru, socialite, patriot and pan-Nigerian in every sense of the word, would be greatly missed. His death, has once again, reminded us of the ephemerality of life and its fleeting nature. It is a call that should remind all of us to be God fearing, in our trajectories and engagements in life.

I have no doubt in my mind that Isa, lived a fulfilled life as a devout Muslim and lover of humanity.

On behalf of my family, Aisha, Muha, Aminu and Halima, I wish to convey our hearty condolence to the family at this grieving moment. Words alone cannot convey our condolences but we are rest assured that only Allah knows why this death came at this time.

May Allah grant his soul aljanah firdaus, and strengthen his family to cope with the pains and agonies often associated with losing a dear one. We are indeed in pains, and our hearts are heavy with mournful thoughts.

Adieu, Dan Isa, until we meet to part no more.