A man who lured a little girl with N80 and raped her has bagged 30 years in prison. 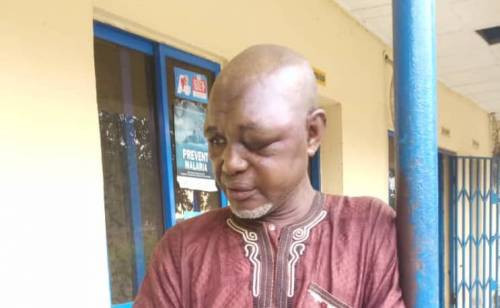 Mohammed Sani Umar
A 70-year-old man, Mohammed Sani Umar, has been sentenced to 30 years in prison after raping an eight-year-old girl.
Mohammed raped the minor twice by luring her with N80 in the Chanchaga area of Niger State.
The suspect, while being tried before a Chief Magistrate Court on Thursday, confessed to raping the little girl twice because he loved her.
Delivering judgment on the matter, Senior Magistrate Safuratu Abdulkareem of Magistrate Court III, Minna, found Umar guilty of the offence.
Umar, then sentenced the suspect to 30 years in prison.
She added that the jail term was in line with Section 18, Subsection 2 of the Child Right Act (2010) of Niger State.
Top Stories