So many people have been killed of abducted across Northern Nigeria within just one week, it has been revealed. 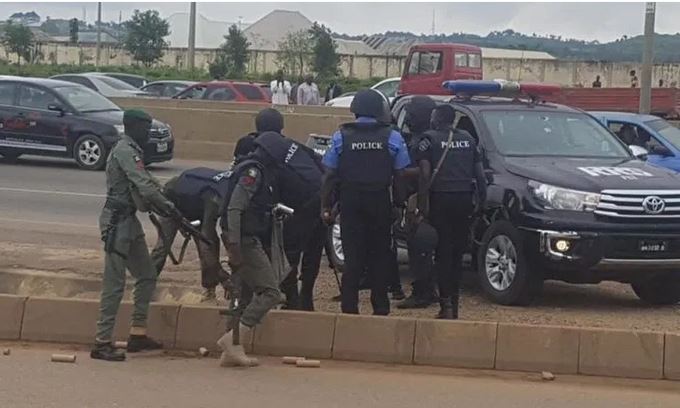 At least 142 people were killed in different violent attacks in the northern part of Nigeria last week (July 18 to 24), a report has shown.

No fewer than 44 others were also kidnapped in the region amidst the rising insecurity across the country.

According to a security report by the Council on Foreign Relations, Kaduna State recorded the highest number of cases with six incidents of killing and kidnapping while Katsina State, where President Muhammadu Buhari hails from, had four incidents.

The Council of Foreign Relations, an American think-thank, said it tracks insecurity across Nigeria “using information from newspapers and families of victims of various violent attacks”.

In its breakdown, the report revealed that on July 23, unknown herders killed seven people in Kaduna’s Kajuru, and on the following day, July 24, bandits killed 10 persons in Jema’a and Kaura LGAs of Kaduna.

On July 18, six people were abducted in Chikun, Kaduna State while suspected herders killed 11 people in Zangon Kataf in the same state on July 20.

It also revealed that on July 19, suspected herders killed 21 persons and a police inspector in Kaura while a sectarian violence caused the death of three in Kauru, Kaduna on July 21.

According to CFR, a bomb explosion killed six children in Malumfashi, Katsina, on July 18 while 23 Nigerian soldiers and 17 bandits were killed in Jibia on same day – in the same state.

Days after, bandits killed another three in Batsari town of Katsina on July 21 and kidnapped 17 residents on July 22 in Safana town of the state.

It said Boko Haram insurgents on July 22 killed five aid workers in Borno State. The group killed three in Chibok town of the state on the same day.

On July 20, a military airstrike killed at least 10 bandits in Talata-Mafara, Zamfara State while they repeated the same action on no fewer than 10 bandits in Birnin-Magaji/Kiyawa of the state on July 23.

Two vigilantes were killed by their abductors in Gassol, Taraba State on July 19 while a joint task force killed four kidnappers in Lokoja, Kogi State on the same day.

The report also said 16 people were abducted on the same July 19 in Rafi, Niger State and another five kidnapped in Jada area of Adamawa State.

On several occasions, President Muhammadu Buhari, a retired army general, has met with service chiefs to discuss the rising security challenges in the country. Their efforts have failed to curb the sporadic bloodletting across the country.

Numerous calls for their replacement have also been ignored by the president.

In one of the meetings a few months ago, the president threatened that he would not hesitate to replace any of the service chiefs who is “under performing”.

Not pleased with the rate of killings in the country – particularly the northern part, the Senate last week called for the removal of all the service chiefs over incessant killings especially after a PREMIUM TIMES’ report on how hundreds of soldiers quit their jobs over ‘loss of interest’.

The presidency, in a swift reaction, said the Senate has no such powers to call for their removal – a rebuttal that sparked uproar on social media.

On Monday, the Chief of Army Staff, Tukur Buratai, stunned many when he said Nigeria is now safer than it was five years ago.