A frog has met a sad end after being attacked by two hungry snakes who ate it alive. 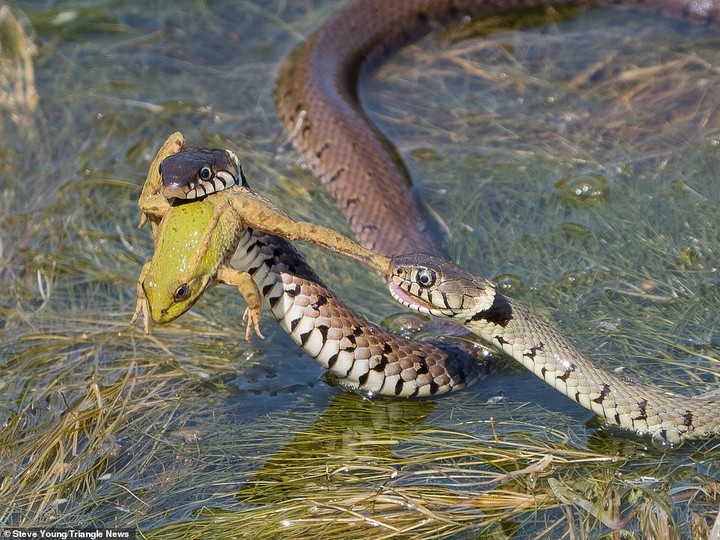 The frog was eaten alive by the snakes
A little frog has been eaten alive after it was cornered by two hungry grass snakes.
The moment was captured on camera.
According to Dailymail, the picture, which was captured by amateur photographer Steve Young, 55, at Oare Marshes near Faversham, Kent, showed the amphibian try to escape the ravenous serpents as they caught hold of his hind legs and fought over him.
Despite frantic attempts to fight them off and hop away, the frog was eventually eaten by the hungry serpents. The grass snake is often green and yellow in colour and is particularly fond of wetland habitats.
The reptiles, which have an average life span of 15-20 years, typically hunt amphibians, fish, small mammals and birds. Female snakes will lay between 10 to 40 eggs in rotting vegetation.
When under threat, the grass snake will often 'play dead' and under some conditions hiss and release a foul-smelling substance. Grass snakes often live in England and Wales, but are absent from Scotland, Northern Ireland and the Isles of Scilly. 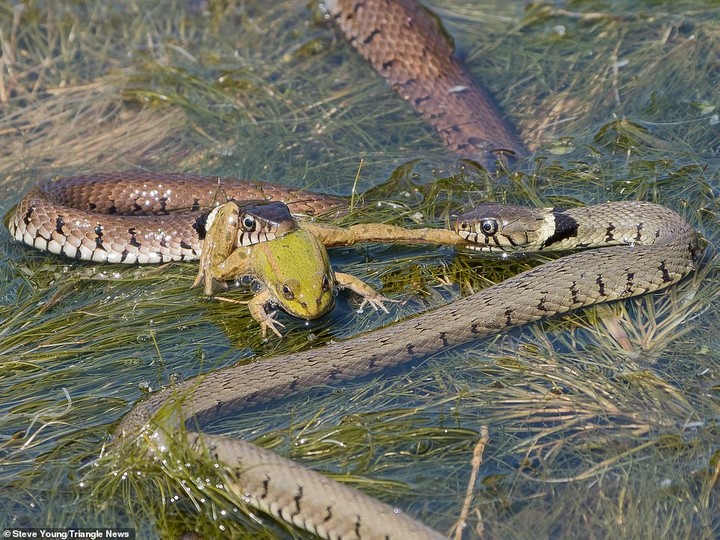