A Nigerian woman has revealed the struggles she had to pass through to survive after contracting the deadly coronavirus. 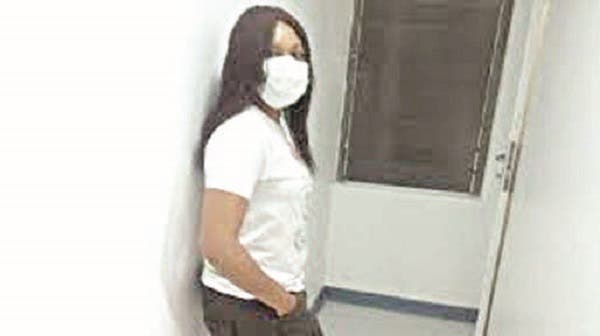 Ivuoma Tom
A Nigerian nurse exposed to the deadly coronavirus, Ivuoma Tom has shared her heart-rendering story during a webinar, Good Health Weekly captured it.
She revealed how she survived the virus after being 5 days on oxygen.
Excerpts:
For Ivuoma Tom, a nurse in a private hospital in Lagos who was exposed to COVID-19, her experience is an eye-opener.
Her ordeal began after her 14 days self-isolation. She began showing symptoms on the 16th day, even though medical experts say it takes an average of 5–6 days from infection with the virus for symptoms to show or a maximum of 14 days.
COVID-19 affects different people in different ways. In Ivuoma’s case, the symptoms ranged from fever to palpitations. The virus attacked her lungs and heart seriously.
Breathing problems
“I couldn’t breathe. I was sneezing like someone who had asthma. I was evacuated on April 26th, 2020 from my house to the isolation centre in Lekki area of Lagos.
“My condition got worse because it took three days before I was picked up. It was the morning after I was admitted that I noticed that one of my friends and colleagues was also there. I told him I was not breathing well and did not know what would happen the next morning.
“Luckily for me, he raised alarm, and the health workers were running helter-skelter, I shed tears. I was helpless.”
At that point, Ivuoma’s oxygen level had gone down even as she continued to experience difficulty in breathing and shortness of breath.
“My oxygen level had gone down.  The correct number should be 95/100 but mine went down to 8. My pulse also dropped to 49 instead of 100.”
Help, however, came Ivuoma’s way when she was transferred from the Lekki Isolation centre to the Infectious Disease Hospital, IDH, isolation Centre, Yaba.
“I was lucky that the medical personnel who came from IDH came along with oxygen. I stayed at the IDH centre for the remaining 16 days. I was on oxygen for five days,” she remarked.
Treatment
But her stay in the isolation centre was prolonged unlike what a few other survivors had claimed.
Ivuoma had been told from the first day that she was taken to the isolation centre that she would be transferred to the Intensive Care Unit the moments it was discovered that her condition had worsened.
“That was when I knew that my case was really serious.  I resolved to try my best to recover.  I went online and read about breathing exercises and other areas. I read up a part where it was stated that people with breathing problems should not lie on their back but on their stomachs. That was really my position throughout that period.  The breathing exercise also helped me.
“The treatment there was good. The environment was conducive. They fed us very well because they knew that COVID-19 affects the immune system and their number one aim was to build up our immune system to fight the disease and treat other opportunistic infections along the line.
“The nurses and doctors were okay. Apart from the first experience, I had in the first isolation centre (hotel) where they did not check me on time and put me on oxygen on time.   At Yaba, it was a different story entirely.  They fed us well. We were given water and an egg every day. The treatment was different.
“We were treated based on our symptoms.   Some were given anti-malarial drugs but I was not.  I was only given antiretroviral drugs and a particular drug that opens the lungs that helped me to breathe.   They gave us vitamin C.  The treatment generally was perfect.”
Emotional support
Ivuoma praised the doctors noting that their attitude encouraged the patients. One particular nurse talked to us and prayed for us. We were like a family.”
Ivuoma kept her status away from her family. She said she could not tell her parents because they would not have withstood it.
“Whenever the TV was switched on, one would keep hearing about the number of people that had died and I did not want them to panic. I told just a few people that I knew would support me.”
Weeks later, Ivuoma was out of danger and discharged after testing negative.
Post experience
Full of joy, Ivuoma like other survivors went on social media to share her experience.
“When I left the isolation centre I went online and talked about my experience. The story went viral, but I was branded a marketer and accused of being paid.  People were saying that it was a scam.
“Some persons even accused me of formulating the story, but I was adamant and told them that I was only lucky to be alive.  The fact that people are not dying in the street does not mean there is no COVID-19 in Nigeria.
“I have been trying to talk about it and I will continue to talk about it.   My mother did not believe that there is COVID-19 in Nigeria but when I told her my story she bought a nose mask and started using hand sanitiser. My cousin did the same thing.”
Worst moment
“My worst moment was when I was told I was being taken to the isolation centre. I had this mindset that it was a sinister place but when I got there I saw something different and good. It was a therapeutic environment and everything was nice for me.
“Also, I had a moment of depression, especially while on oxygen. There was a particular day that the thought of death came to my mind. If I closed my eyes it seemed I was dying.
“I called someone and shared my fears, but was reassured to fight on and come out of it. I fought and came out of it.   It wasn’t really nice but thank God I came out alive.”
Top Stories