How SARS Arrested A Boy Running And Errand And Demanded N500,000 – Mother Cries Out


Regina said her son was running an errand for her in the Morogbo area of Lagos State when he was picked up by SARS operatives raiding the area. 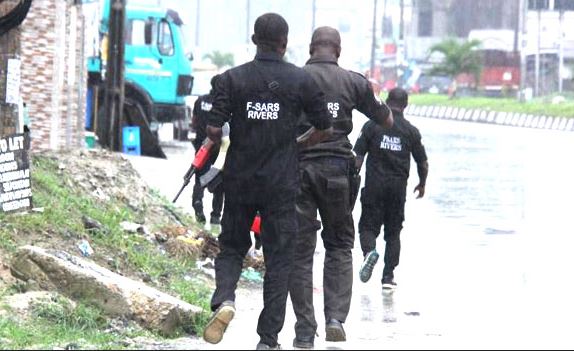 Regina Stanley, a Lagos petty trader, has accused the police Special Anti-Robbery Squad of illegally detaining her son, Sunday Stanley, over her inability to pay N500,000 demanded for his release, The PUNCH reports.

In a suit before the Federal High Court in Lagos, Regina said her son was running an errand for her in the morning of March 28, 2020 in the Morogbo area of Lagos State when he was picked up by SARS operatives raiding the area.

"I went to my place of trade together with my son who assists me in my trade.

“At about 11.30am, I sent my son on an errand only to be informed by my fellow traders that my son had been arrested and locked up inside the Black Maria by armed agents of the 3rd respondent.

“I hurriedly closed my trade and went to the place where my son and other persons had been arrested and locked up.

“Every effort made by me to secure the release of my son proved abortive.

“My son, together with other persons, was driven to SARS office at Ikeja police command. Agents of the respondents levied all sorts of trumped-up allegations against my son and told me to bring N500,000 to secure his release.

“Because of my inability to get the money my son has been detained since the 28th of March, 2020 till date.

“He is my only child and my husband has passed away since 2019,” Regina said in affidavit attached to a fundamental rights suit, seeking an order for the release of her son.

In the suit filed in the name of the detained boy, a Lagos-based lawyer, Olukoya Ogungbeje, urged the court to declare that Sunday’s arrest was unlawful, oppressive and violated his fundamental right to personal liberty and fair hearing provided for under sections 33, 35, 36 and 41 of the 1999 Constitution.

He prayed the court to order the immediate release of the boy from custody and for police to tender a public apology to him in a national daily newspaper while he should be paid N50m as general and exemplary damages for his unlawful arrest, detention and humiliation by SARS.