A man has confessed to the police after using his girfriend's menstrual pad for money ritual. 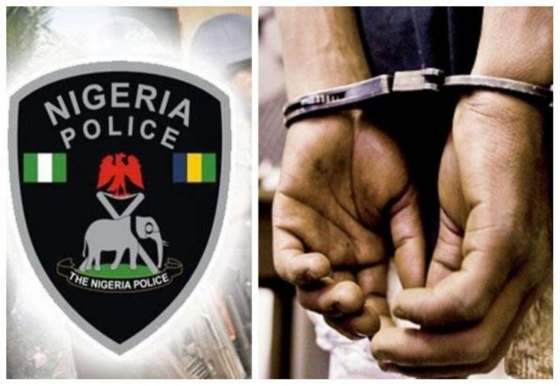 File photo
A man identified as Gbemisola Olufusi has been apprehended by police detectives in Ondo state for reportedly using the menstrual pad of his 20-year-old girlfriend Oluwasemilore Iluyomade for rituals purpose.
Vanguard reported that he did it with the help of a pastor,  65-year-old, Festus Adebayo.
Olufusi, 24, years according to report is the boyfriend of the lluyomade whose menstrual pad was allegedly used for ritual purpose.
The pastor and the lady’s boyfriend reportedly connived to use the pad for money ritual.
A police source told vanguard that the boyfriend took the victims menstrual pad and gave it to the Pastor sometimes in December last year in Ondo town.
Two months after the pad was handed over to the pastor, reports had it that some whitish substances started oozing out from the private part of the victim.
Alarm was reportedly raised by the family, and it was rumoured that the victim might have been used for rituals.
After seeking medical care but to no avail and following advice from sympathizers, the parents of the victim it was learnt lodged a complaint at the police station, Enuowa Division in Ondo town
The father of the victim, Festus Iluyomade, said he has taken her to the hospital on several occasions and had gone through two different major operations.
According to him “When we noticed substance was coming out of my daughter’s body, we reported the case to the police after a series of prayers. We have done different operations and we are still carrying out the test.
Acting on intelligence report, the police detectives arrested the boyfriend following the complaint lodged by the victim’s father that he suspected the daughter had been used for rituals.
A police source said that after interrogation, the boyfriend confessed and the pastor was subsequently arrested.
The state police command spokesperson, Tee Leo lkoro confirmed the arrest of the two suspects for alleged ritual purpose.
“The Father of the victim reported the case in Ondo that he suspected his daughter was used for ritual by the two suspects now in our custody.
The case has been transferred to the homicide section of the State Criminal Investigation and Intelligence Department (SCIID) for further investigation."
Ikoro said that they would be charged to court after a thorough investigation by police detectives.
Top Stories