Willian has made a move from Chelsea to Arsenal and the Premier Club made this known via its Twitter handle on Friday. 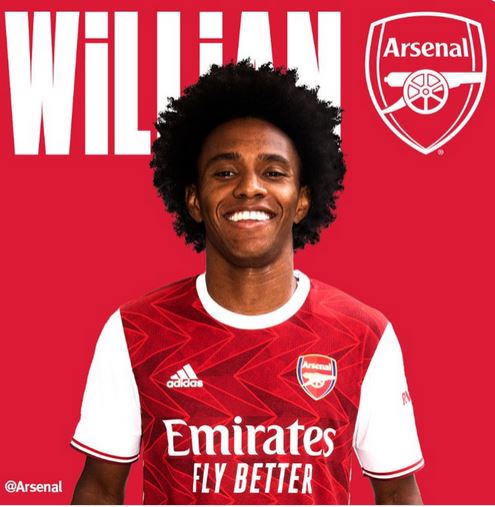 Arsenal have announced the signing of former Chelsea winger Willian on a three-year deal.

Arsenal made this known via its Twitter handle on Friday.

The club signed Willian on a free transfer.