In a chat with Inside Nollywood, the role interpreter also reveals some of the hurdles thrown on the path of a greenhorn in the entertainment industry. 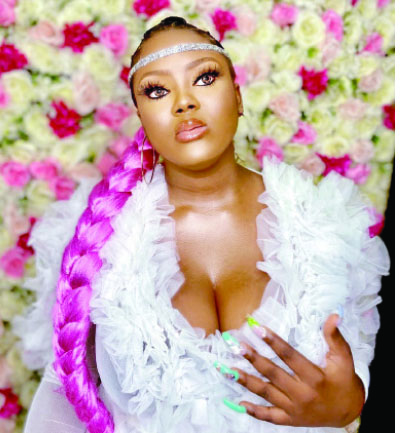 For curvy actress, Bianca Chioma Umunnakwe popularly known as Bianca Matthew, her major challenge in the industry is about randy producers pestering her for sex before she could be given some roles.

In a chat with Inside Nollywood, the role interpreter also reveals some of the hurdles thrown on the path of a greenhorn in the entertainment industry.

Hear her: “Acting has been my childhood dream. I took part in a few auditions while in high school. While I was in Imo State University, I featured in my first Nollywood movie, and since then I have featured in a lot more, even till date. Initially, I had sex-for-roles issues but it has always been a ‘no-no’ for me. I had to make some female my friends and the male ones platonic friends, and it worked. Sexual advances have been made (to me) but I won’t be a party to sex for roles.”

Asked if she sees herself getting into an intimate relationship with or marrying a colleague, the Economics graduate says, “not exactly”. However, she looks forward to settling down with a man who respects her and doesn’t cheat.

“A good man is my spec. Even if he’s old and poor, a good man covers a lot of attributes. But I’ll never settle for a second or third wife no matter the circumstances. My man should be able to show much care and concern for me. He must not womanize or disrespect me. I can’t really say if I can forgive a cheating partner,” she stated