A former banker who lost her sight at the age of 45 has told her startling and inspiring story. 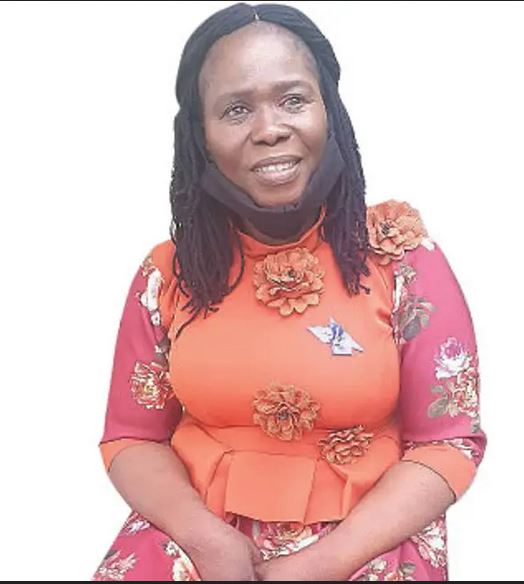 Mrs Christiana Akinrinmade is a mother of two who became blind at 45 after a career in the banking sector. Akinrinmade, who is the Chief Executive Officer of Divine Christian Creativity, a non-governmental organisation that empowers persons living with disabilities and the unemployed with vocational skills, tells ALEXANDER OKERE how she rediscovered herself

How did you lose your sight or were you born blind?

I was not born blind. I am from a town called Fiditi in Oyo State but married to an Ondo man from a royal home in Odigbo. I had my primary and secondary education in Lagos. I attended Kwara State Polytechnic for an Ordinary National Diploma and the Lagos State Polytechnic for a Higher National Diploma in Accounting. I also attended the University of Calabar, Cross River State, and got my postgraduate diploma and master’s degree in Management. I was sighted all through. I lost my sight after leaving the banking industry in 2010. I worked in different banks; I worked with UBA, Broad Bank, Omega Bank. I also worked in a microfinance bank, Apex Golden Gate Microfinance Bank; I came in as a senior marketing manager and rose to the position of an acting managing director. But a member of the board of directors was elected to come in as the MD. My bank was unable to meet up with the recapitalisation policy and went down.

At a point when I was driving, I discovered that I bumped into things and had accidents frequently, though I called myself a professional driver, having been driving since 1998. One day, I bumped into a motorcycle and someone told me to get a driver. At that point, I thought something must have been wrong with my sight but I didn’t know I had glaucoma. I told my optician and he kept on increasing the capacity of my lenses because I used glasses. But I later decided to visit a general hospital. That was in 2011. I drove down to the hospital and was told that I had lost my left eye. I was advised to stop. I still forced myself to drive but when I discovered that I kept having minor accidents, I stopped.

Did you record any major accident?

No. I had some minor accidents with motorcycles and tricycles.

What kind of treatment was recommended for you?

I was told that I had to undergo surgery. I planned for that and was given a date. But on the exact date, the doctors were on strike at the Lagos State University Teaching Hospital. I got another appointment and was told to return when the doctors resumed. But by the time the doctors resumed, I had lost my sight. I think I was 45 then.

How did that make you feel?

I thought that was the end of my life. I thought that was the end of the world. I felt like dying. I never thought anything could come out of me. I was ashamed of myself. When visitors came, I ran away and when I heard their voices, I was ashamed. That stigmatisation came upon me until I took it off and moved forward. I felt there was nothing a blind person could do until I heard about the Nigerian Society for the Blind at Oshodi, Lagos. That was where I was rehabilitated and regained my consciousness. When I lost my sight, I suffered from depression. But I don’t have that now.

Did you think you came under an attack when you started losing your sight and eventually went blind?

Well, people said I was attacked spiritually. Whether I was attacked or not, I lost my sight. When people told me I was attacked, I travelled to four African countries looking for solutions. I even visited a herbalist, looking for a solution by all means. But in the end, nothing came out of it. So, I took up my cross and that was how my life changed. I faced my challenges head-on and I became vocal. Ever since I lost my sight, I got more education than when I was sighted. I got a diploma in radio production from the Federal Radio Corporation of Nigeria. I got a certificate from the Lagos Business School and another one from the Nigerian Society for the Blind. I also took diploma courses online.

I have two boys. One of them is an engineer.

How did they react when they were told that you had lost your sight?

They felt bad. One of them was ashamed and couldn’t talk about me because the stigmatisation affected him. But when he graduated, he got over it. Now, my children are proud of me. The youngest one is a student of Political Science at the University of Ibadan while the eldest studied Mechanical Engineering at the University of Ilorin.

How did being blind change you?

It changed me in a way that I had to have another focus. It made me strategise on how I could earn a living. After that, I became convinced that I can impact people’s lives. Five years after graduating from the Nigerian Society for the Blind, I started impacting on people more than when I was sighted.

What did it teach you about life?

It taught me that you will meet challenges while moving up. But you should try to keep on moving with focus and you should strategise. No matter the challenges on your way, above all, you should be prayerful. If you do all of these, you will achieve your goals.

Did your condition affect your relationship with your friends? Did some of them abandon you?

Up till now, some of them have not really come to me. So, it affected it. But I started all over; I started having new friends. Some of my old friends are ashamed; they wonder how they can relate with a blind woman. I’m not ashamed but they are. I want people who will take me for what I am. Thank God I have them around. But my colleagues from the LBS never looked at my disability; they took me the way I am and celebrated me. Those are the kind of people I want around me, not the kind that will look down on me or undermine me because I am visually-impaired.

What other forms of discrimination have you faced?

Since I became blind, when I go to some places, some people stay away. Some of them think my blindness came from a curse. But I tried to tell them I was not cursed. I thank God that I am one of the Sunday school teachers in my church. But when I started, people used to wonder how I would read. But someone reads and I interpret. So, no one can play on my intelligence. If I were not vocal, people would want to undermine me. Some people look at blind persons as beggars. But the blind should portray themselves as an asset. They shouldn’t go about begging. They should show people what they can do or want to do. In my case, I showed people what I wanted to do and they rallied round me and assisted me financially.

Having lost your sight in adulthood, what can others who find themselves in a similar condition do?

When you lose your sight, it affects you mentally. When I lost mine, I couldn’t think well because I had depression all over me. But I tried to keep myself busy. I am always busy. I don’t want to be idle. Idleness should not be a part of your profile. When you are idle, you derail mentally.

What worries you about the lives of PWDs in Nigeria?

I’m worried when I see some of them going about begging when they are skilful but don’t want to demonstrate their skills. No matter your disability, there is a skill in you. When you display your skill, people will assist you.

When did you develop interest in making bags, shoes and tyre tables?

Did you get the kind of the encouragement you needed from family and friends at that time?

Yes. I got encouragement from family and friends, especially from my twin sister, Taiwo. She supported my vision financially. She is a school proprietor.

You teach others, both the blind and the sighted, craft making. What is the motivation behind that?

The joy I get from that is the love I have for impacting on others. I also like empowering people because I was empowered. For instance, the Bank of Industry empowered me and I’m happy that I have used that empowerment, not with a consumer mentality. There are people roaming the streets. They want to learn but don’t have anyone to empower them. I empowered most of the people who learnt skills (under my organisation) free of charge. There were 15 of them; only two or three of them gave me N5,000. Others did not pay but I’m happy teaching them.

Do you get support from government agencies to carry out the training?

No. I only get support from family and friends. But I call on them to support me so that I can help the underprivileged to be empowered, so that they will not be enslaved or useless.

How has your husband been supporting you?

(Sighs) I am a single parent.

Did he pass away?

No. He has abandoned me and the children for almost 18 years.

It is best known to him.

What do you think made him do that?

He was a banker too. I discovered that he had not been returning home frequently. After some time, he said he had been transferred out of a particular station. That was how he left.

Was that before or after you lost your sight?

Has he ever called you since you lost your sight?

What about his family members?

Did you have a quarrel with your husband before he left?

There was a minor quarrel. There were efforts to settle it but he refused. Even if he comes today, I will accept him because I had my children for him. Ever since, I have not remarried. I just took up my cross like that.

Didn’t that affect your focus?

Initially, it affected me. But now, I have taken up the cross and my children are okay.