The BBNaija housemate, Erica made the remark while discussing with her love interest, Kiddwaya. 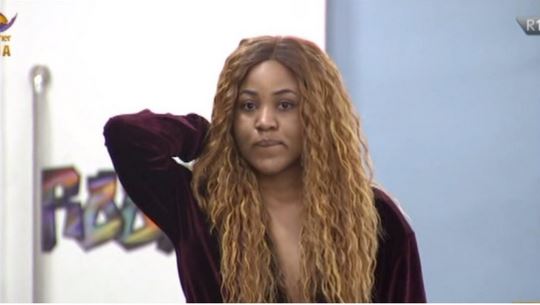 Erica, a Big Brother Naija, BBNaija housemate, has described Laycon as her enemy.

Erica made the remark while discussing with her love interest, Kiddwaya.

The actress, who was excited that she won Kiddwaya during their ‘Ayo game’, was asked if she had played the game with Laycon.

Reacting, Erica said she doesn’t play games with her enemies.

“What is my business with him, I don’t play with my enemies. I don’t talk to him,” she said.

Erica and Laycon have been at loggerheads after their ‘friendship-relationship’ turned sour.

Following claims by Laycon that Erica tried to kiss him severally, Erica vowed never to talk to him again.

According to her, she doesn’t want to be linked to someone she is not attracted to.