'I Asked Him To Send Me N2 Million' - BBNaija Star, Ifu Ennada Tells How She Chased Away Man Disturbing Her


A former Big Brother Naija housemate, Ifu Ennada has told the story of how she chase away a man who has been disturbing her. BBNaija star, Ifu Ennada recently got her fans talking after she narrated what she did to get a man off her back.

In an Instastory post she shared, Ifu Ennada said she told the man who has been disturbing her since 2018 to send her "ordinary N2 million."

She added that he is yet to call or text back since he got her request. 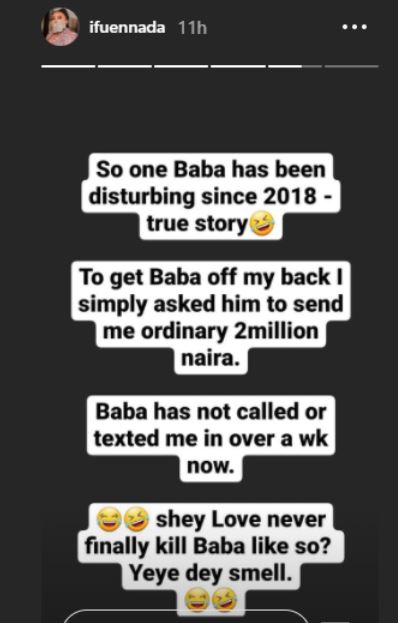