The 22-year-old man who has been thrilled by Hanan’s beauty and educational qualifications, has been sending her marriage proposals on Facebook and Instagram. 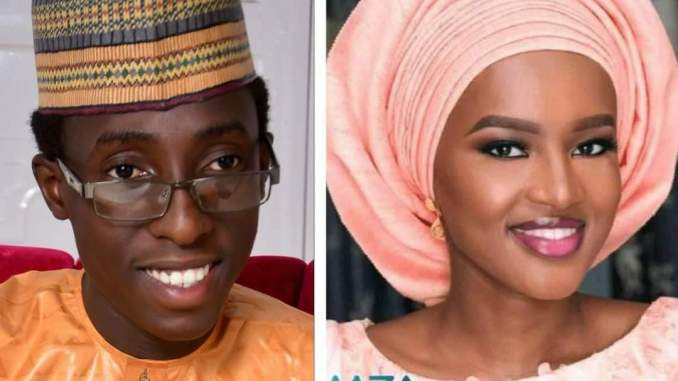 Abba Ahmad, a businessman and 400-level Accounting student of the North West University, Kano now Yusuf Maitama Sule University, has been talked out of the suicidal state he got into over his inability to marry President Buhari's daughter, Hanan.

The 22-year-old man who has been thrilled by Hanan’s beauty and educational qualifications, has been sending her marriage proposals on Facebook and Instagram.

“I am in love with her (Hanan Buhari) because of her beautiful face, her level of education and integrity of her father (Buhari).

“I tried informing her but I don’t know whether the messages got to her."

When asked why he posted about committing suicide if Hanan goes ahead with her marriage to Turad Sha’aban, he said; “I just said it.”

Kano police spokesman, Abdullahi Haruna confirmed the incident and also disclosed that Ahmad was invited to the Command Headquarters at the prompting of Frank Mba.

Police Commissioner Habu Sani and a Police Imam also counselled him. It was further learnt that Police spokesman Frank Mba spoke with Ahmad on telephone for 6 minutes, 6 seconds, convincing him not to commit suicide even if he did not marry the President’s daughter. Mba also reminded Ahmad that his religion preaches against suicide.

The suicidal man thanked the Police after the counselling and also expressed desire to join the Force because of the “friendly manner” the Police treated his case.