A man has killed his wife after he accused her of infidelity for receiving money from another man. 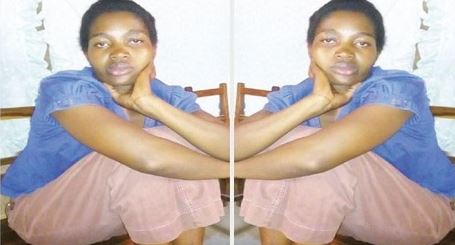 A 29-year-old woman from Chala Location in Nkasi, Rukwa region in Tanzania was on August 25 fatally stabbed in the neck by her husband after receiving funds from another man through her phone.

Tabitha Mwanyanje, a primary school teacher, and her 30-year-old spouse, Frank Garimoshi, had quarreled before the incident, with the suspect accusing his wife of infidelity.

The couple’s neighbour, Safina Kambeu, told Tanzania’s Global Publishers that the two had, of late, gotten into unending marital dispute over claims that Mwanyanje was cheating on her partner.

“The husband set several traps on different occasions, but none caught his wife cheating on him,” said Kambeu.

“After receiving the mobile money message, Garomoshi began accusing his wife of soliciting funds from her paramour. A resultant argument between the couple ensued. Garimoshi, during the melee, reached for a kitchen knife and stabbed his wife several times in different parts of her body, including the neck, consequently killing her on the spot,” said Masejo.

Upon learning that Mwanyanje had died, Garimoshi attempted suicide by stabbing himself in different parts of his body.

“His suicide attempt was unsuccessful,” said Masejo, adding: “We arrested and took him to hospital. Once he is out of danger, we will charge him with murder and attempted suicide.”