The talented lady transformed herself into Nollywood actors, Ramsey Noah, Pete Edochie and others. 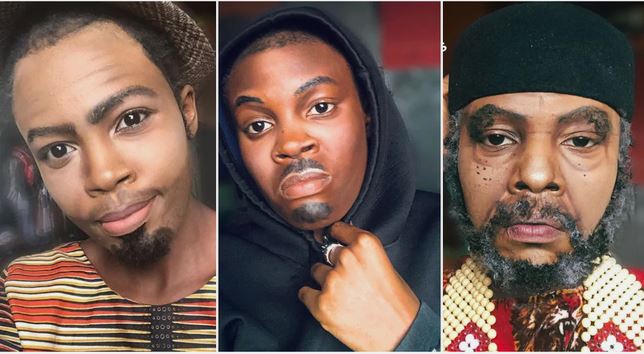 Jane Richard, a super talented Nigerian makeup artist has caught the attention of members of the internet community with her incredible work of imitation.

It will be recalled that Richard had initially received accolades on social media some days ago after she paid a tribute to late Hollywood actor, Chadwick Boseman. The lady had transformed herself into the late Black Panther actor with the use of makeup.

Apparently, weeks before posting the Chadwick Boseman picture, Richard had created another work of imitation which also caught a buzz on social media.

This time around, the talented lady transformed herself into Nollywood actors, Ramsey Noah, Pete Edochie and others. Richard posted photos that captured the transformation process on her Instagram page.

On one of her posts, she wrote: "Another imitation makeup by yours truly. Who do you see? Leggo"

Check out her posts below:

This is the first time I’m imitating a female 😄, I enjoyed doing it, it’s way easier cos I don’t have to stress with fake beards. Who do you see?? . . . . . . . . . . . . @tiwasavage @yabaleftonline @krakstv @instablog9ja @gistreeltv @mediagist #imitationmakeup #facepainter #mua #muainlagos #tiwasavage #dangerouslove