The passenger said the moment travellers passed the security checks, every single COVID-19 guideline is forgotten. 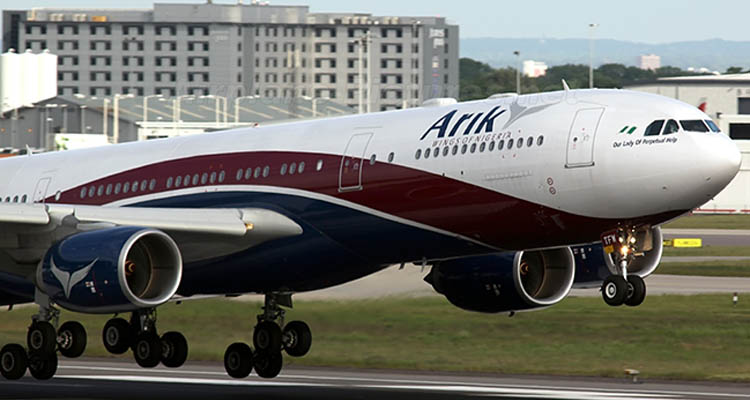 A passenger aboard an Abuja-bound aircraft from Lagos has said when he raised the alarm over violation of the COVID-19 social distancing protocol, his fellow travellers shouted him down and asked him to get down if he is not comfortable.

The passenger, who doesn’t want to be named, said the moment travellers passed the security checks, every single COVID-19 guideline is forgotten.

This is happening despite the directives of the Presidential Task Force on COVID-19 for airlines flying into Nigeria and those operating within the country to maintain physical distancing at the airport and onboard the aircraft.

These were part of the guidelines put in place after the resumption of flights operations in the country, which most airlines have jettisoned.

Also, ahead of the resumption of international flights, the Federal Government had declared that airlines would be fined $3,500 per passenger for breaching protocols and lifting any passenger without a negative COVID-19 test result.

The PTF, during one of its briefing also told newsmen that to maintain physical distancing in the aircraft, it was going to ensure that a seat is left in-between passenger.

However, findings by Vanguard showed that most of the airlines are not maintaining anything near physical distancing, while aircraft are also overloaded.

According to the PTF COVID-19 guidelines, besides non-pharmaceutical measures which include washing of hands, wearing faces mask and shields, and using hand sanitiser, airlines are supposed to maintain physical distancing in the aircraft.

The concept of physical distancing is that every person is considered to be infected and every person maintains a distance of two metres from others.

The aforementioned passenger stated that from his experience, all COVID-19 protocols terminate at the point of boarding the aircraft in Nigerian airports.

Narrating his experience aboard an Abuja-bound aircraft from Lagos a few days ago, the passenger affirmed that the conspiracy theories may still be plaguing the COVID-19 response in Nigeria, as many people on board the aircraft were not bothered by fact that the aircraft was overloaded.

“No one saw the development as something to be worried about,” he noted.

“However, the moment you passed the security door to board the aircraft, every protocol or safety guideline ends.

“I was seated with a female passenger in a row of three seats, thinking that we would observe physical distancing by maintaining the two-metre space as advised by the WHO and the PTF in Nigeria.

“Unfortunately, that was not to be, as all the seats in the aircraft were sold out. Every seat was occupied.

“The moment I noticed this, I raised an alarm but to my greatest surprise, I was shouted down by co-passengers who bluntly told me to get down if I was not comfortable with that.”

Furthermore, the passenger remarked that the situation in the aircraft confirmed that many Nigerians are yet to be convinced that the disease exists and also to appreciate the seriousness of the situation as it is in the world currently.

He said the same situation played out on his return trip to Lagos.