A nurse who had taken to social media to threaten suicide has gone missing in Ondo state. 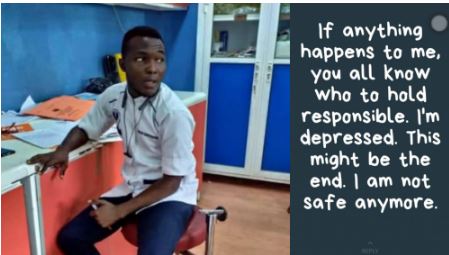 The missing nurse Taiwo
A call for help has been issued on behalf of a Nigerian nurse with the University of Medical Sciences in Ondo State who is currently missing.
He had threatened to commit suicide on Sunday before he went missing.
Taiwo Adeleke, who works at the Emergency and Accident Unit of the government-owned hospital, wrote on Sunday that he was already "depressed".
Adeleke had taken to WhatsApp to drop a suicide note for friends.
It reads: "If anything happens to me, you all know who to hold responsible. I'm depressed. This might be the end. I'm not safe anymore."
The nurse had allegedly taken to the social media to call out the authority of UNIMEDTH for refusing to pay health workers their salaries.
It was gathered that the action fetched him a query from the authorities, who accused him of "using foul language against his employer".
Some close friends to the nurse told Reporters on Sunday night that Adeleke was among the health workers in the state being owed four-month salaries.
"We have been trying his phone numbers since morning but not reachable and we are all scared right now.
"He had threatened suicide earlier before which made us to quickly raised the alarm.
"Now, his phone numbers are not connecting and his parents are worried. Nobody is able reach him at the moment.
"He has been talking about the non-payment of his salary and does not have money to feed,"
one of his friends, who asked not to be named  said. 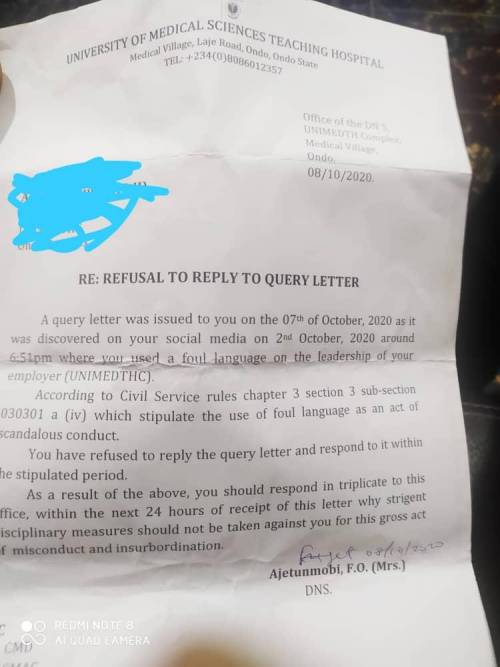