Panic As Toddler Is Found Wandering On The Streets Of Kano


The baby was found by a good Samaritan who returned her to her mother who claimed not to know when the child went out. 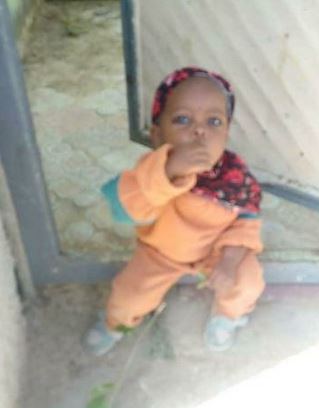 A toddler was seen on the streets of Kano wandering about without her mother noticing her absence.

An Hausa Blogger on Thursday, November 19, shared the message and photo she received from the woman who found the child picking things off the ground and putting in her mouth.

According to the woman, when they finally located the mother, she claimed not to know when the child went out.

"Malama good morning, I came out of my house this morning and saw a baby walking alone, picking things from the ground to put into her mouth," the woman narrated.

"I tried to talk to her and discovered she is not talking yet. I saw three women opposite where I was in front of a shop and I asked if they know her but they claimed they dont and walked away,"

"Then a man came to my aid and we started asking people randomly. A grl of let's say 7 to 8 years said she knows the baby's house. By my estimate, the proximity from where we saw the baby to the house is 150 meters,"

"The mother claimed she didn't know when the baby went out. The man I went with told her Allah ya isa and we left. To me I think Hausa ppl are the most reckless and careless people I have seen." 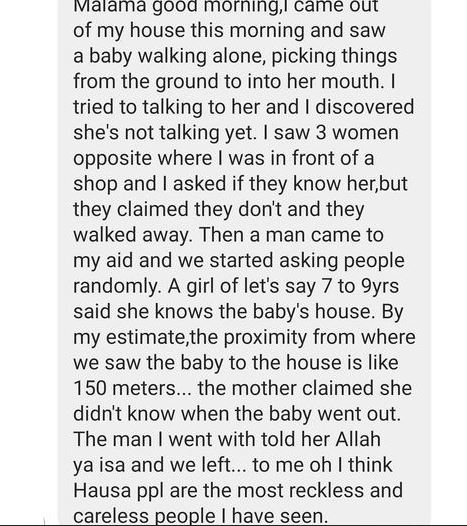