Senator Ali Ndume will today appeal the ruling of a judge who sent him to prison yesterday. 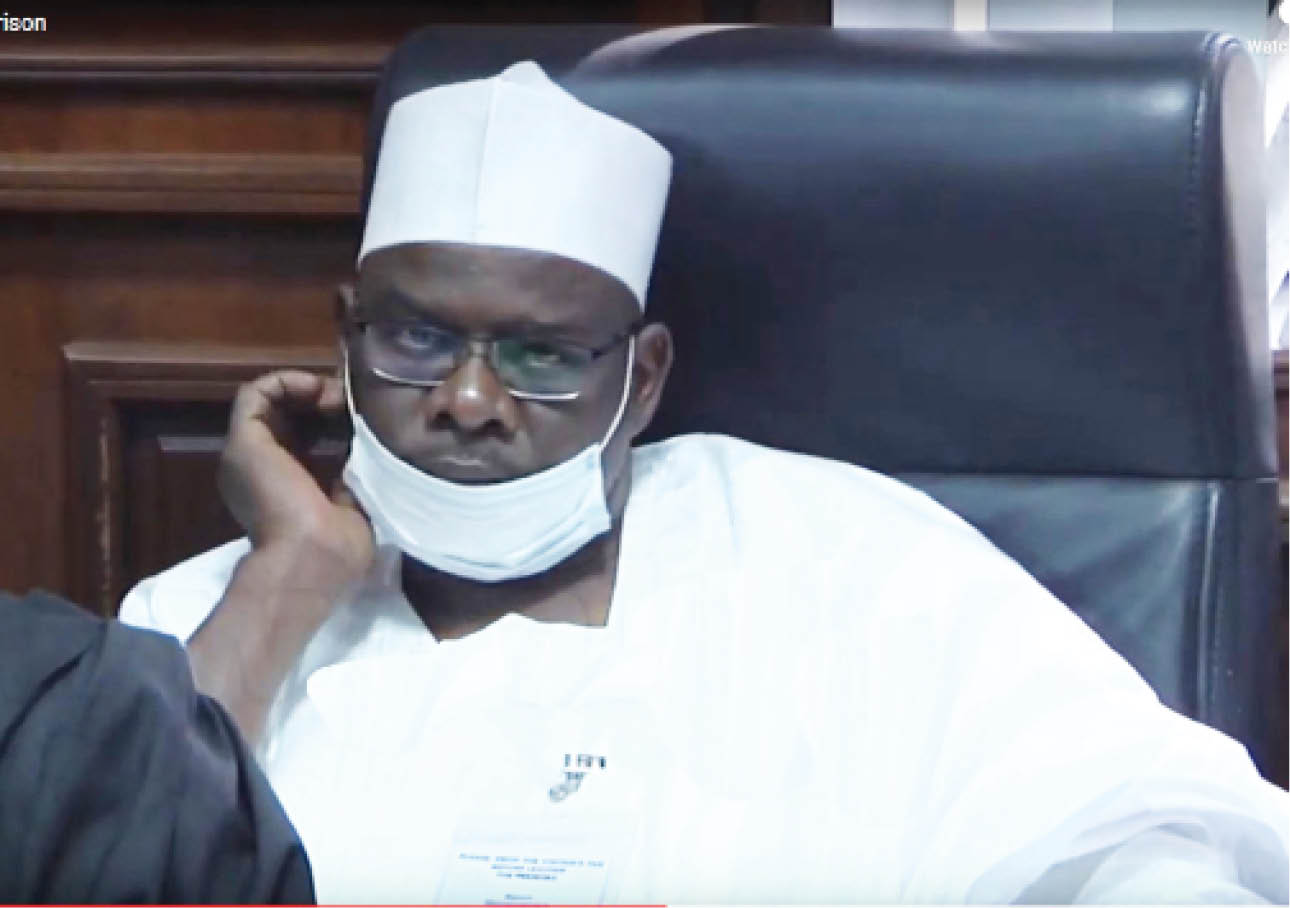 Senator Ali Ndume
A senator of the federal republic of Nigeria has spent the night in prison.
Senator Ali Ndume (APC, Borno South) spent the nignt at National Correctional Service, Kuje following an order by a Federal High Court judge in Abuja after he failed to produce on-the-run former chairman of the Presidential Pension Reform Task Team (PPRTT), Abdulrasheed Maina, according to a report by DailyTrust.
Counsel to Ndume, Marcel Oru, said the appeal against the remand order will be filed on Tuesday before the Court of Appeal in Abuja.
He said his client was not given a fair hearing because they had requested for documents to enable Ndume adequately defend himself.
Justice Okon Abang had ordered Ndume, who was surety to the former chairman of the Presidential Pension Reform Task Team (PPRTT), Abdulrasheed Maina, to be remanded after the accused severally failed to appear in his trial over alleged N2 billion pension funds fraud.
“We needed the document before the judge to defend our client,” Ndume’s lawyer said.
“That has not been given to us, and fair hearing demands that this should be given to us before the court goes into the issue of forfeiture,” he said.
A source close to the lawmaker said Ndume was taken to Kuje Correctional Centre around 4 pm yesterday.
He said the ranking lawmaker was not reachable as his mobile phones were switched off soon after he was taken away from the court.
“Ndume will be taken to the court tomorrow (today) in continuation of the trial. Since there are three options for him available, we are hoping one of them will be met for him to regain his freedom,” the source said.
Senator Ali Ndume listens to Justice Okon Abang’s ruling at the Federal High Court in Abuja yesterday, remanding him at the Correctional Centre in Kuje for his failure to produce Abdulrasheed Maina, former Chairman, defunct Pension Reformed Task Team, whom he stood surety for. The senator is being led out of court by the centre’s officials
Justice Abang on Monday said Ndume should be remanded in prison because he failed to present Maina in court.
Maina’s lawyers led by Joe Kyari Gadzama (SAN) had drawn the court’s attention to the ill health of their client, having tendered medical reports that he was hospitalised at the Maitama Hospital on conditions bordering on diabetes and hypertension which affected his ability to walk properly.
The judge on November 18, while revoking Maina’s bail, ordered Ndume to appear on Monday to show cause why he would not forfeit the sum of N500 million deposited for the bail to the coffers of the federal government.
The judge said Monday’s proceedings were for Ndume to show cause why the bail bond will not be forfeited if he failed to produce Maina physically in court, but the lawmaker rather wrote to the Deputy Chief Registrar of the Court for documents that included the entire record of proceedings in the court.
The court upheld EFCC’s application for Ndume to be remanded in custody and for him to forfeit the bail bond after failing to show cause.
Consequently, relying on Section 179 of the Administration of Criminal Justice Act, 2015, the court ordered that Ndume should be remanded at the Nigerian Correctional Centre, Kuje until he forfeits the sum of N500m bail bond as contained in his affidavit. Alternatively, the court directed Ndume to produce Maina in court today, Tuesday .
The third option was the sale of the attached property at Plot 158, Cadastral Zone AO2, Asokoro, in the same sum of the bail bond.
Maina was on October 25, 2019, initially arraigned on 12-count charges alongside his son, Faisal on three-count charges all bordering on money laundering and concealment of proceeds of an unlawful act.
In the charges, Maina was alleged to have between September and December 2014, induced a UBA staff, one Mairo Mohammed Bashir who is his sister-in-law, to open a bank account in the name of Common Input Properties and Investments Ltd without following due diligence.
He was also alleged to have taken possession of the sums of N171.9m in cash, the sum of $316, 588.27, and $314.6m proceeds of unlawful transactions between 2014 and 2017, and 2015 and 2018, and 2011 and 2014, respectively.
Maina was also alleged to have between 2012 and 2016 taken possession of the sum of N1.8bn in his Fidelity Bank Plc account in the name Abdullahi Zaki.
He was also alleged to have in April 2012, and June 2012, made cash payments of $1.4m and $2m to one Ali Sani and Adamu Modibbo, respectively, for the purchase of property at Life Camp and Jabi, all in Abuja.
In the three-count charges, Maina’s son was alleged to have between October 2013 and June 2019, opened an anonymous account with the UBA as Alhaji Faisal Abdullahi Farma II while concealing his identity.
However, while Faisal regained his freedom, Maina could not fulfil his bail conditions of N1 billion bail bonds with a surety who must be a serving senator in like sum, and who must undertake to be present in every sitting until the case is concluded.
The Senior Legislative Aide to Senator Ndume, Shehu Usman Aliyu, said Maina had betrayed the confidence of the senator by jumping bail.
“Senator Ndume did not know Maina from Adam until after some elders from Southern Borno met him in Abuja and begged him to act as his (Maina’s) surety for a trial in court.
“The Senator knew that he has to produce Maina in court during the trial period. Unfortunately, Maina appeared only once (first sitting) in eleven court sittings after being released on bail. This is not the best way to pay back,” he said.
He pleaded with Maina’s family, associates and colleagues to persuade him to appear in court so that Senator Ndume would be freed.
Top Stories