A housewife has landed in hot soup after her alleged involvement in the murder of her husband. 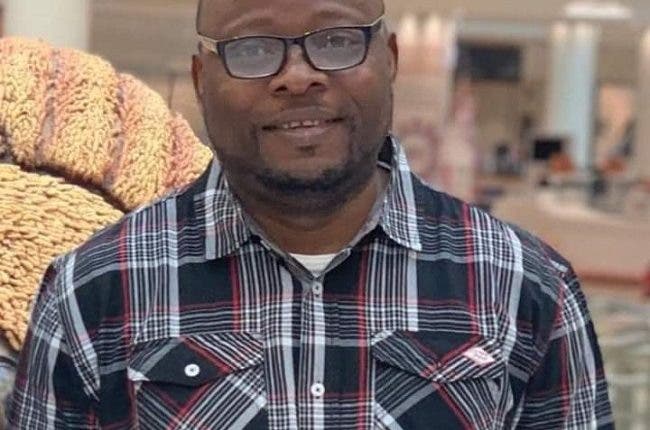 Eniye
A housewife, Mrs Eniye Zuokemefa-Peter accused of having a hand in her husband's death has been arrested by the police in Bayelsa state.
She was alleged to have conspired with the killers of her husband, a lecturer at the Bayelsa State College of Education in Sagbama, Mr Enebraye Zuokemefa-Peter.
The arrest of Mrs Zuokemefa-Peter, which was carried out on Sunday night, was based on petitions from the family of the deceased and on the complaint of previous threats to his life during domestic squabbles over issues of infidelity through which he allegedly had two children.
Tribune Online gathered that the deceased was shot three times by gunmen on Friday after transacting business at a Point-of-Sale (POS) along the old Assembly quarters road in Ekeki area of Yenagoa, the Bayelsa State capital.
A family member, who pleaded anonymity said the accused wife had on several occasions threatened to kill her husband over allegation of fathering children outside their marriage due to her inability to bear him a child.
“The marriage is filled with the turbulent tide with the woman packing out of her matrimonial home on several occasion but they recently made up when he arrived Yenagoa from a study trip abroad,” the family member said.
It was also gathered that the deceased lecturer had in the past came under armed attack at his home by masked gunmen, and was said to have told family members and close friends to hold his wife responsible if anything happened to him.
It was gathered yesterday that the police are on the trail of some four persons suspected to have killed the university lecturer and were last seen driving a red coloured tinted Toyota.
“The vehicle was seen moving suspiciously around the resident of the deceased and were later seen sharing monies at a drinking spot a few meters away from the scene of the crime,” a source said.
Contacted on the development, the spokesman of the Bayelsa Police Command, Asinim Butswat, confirmed the arrest but said she was arrested based on ‘previous threats’.
It could be recalled that the Ijaw Youth Council (IYC) Worldwide has called on security agencies and the Bayelsa State Governor, Senator Douye Diri, to fish out the killers of an Ijaw youth leader, Enebraye Zuokemefa Peter.
The IYC President, Peter Timothy Igbifa, in a statement, condemned the killing of Zuokemefa describing it as barbaric, unacceptable and irresponsible. Igbifa said the deceased was a firm believer in Ijaw cause, an apostle of peace and a scholar, who never deserved to die in such a violent manner.
He said the deceased was one of the staunch members of the IYC, who once contested the presidency and secretarial position of the council adding that he pursued all his ambitions peacefully without resort to violence.
Igbifa noted that the IYC under his leadership would not accept anything other than thorough investigations into the circumstances that led to his killing, unmasking the identities of the gunmen and prosecuting them.
Top Stories