Ifu Ennada has encouraged her fans not to give up after narrating how her brother died due to poverty. 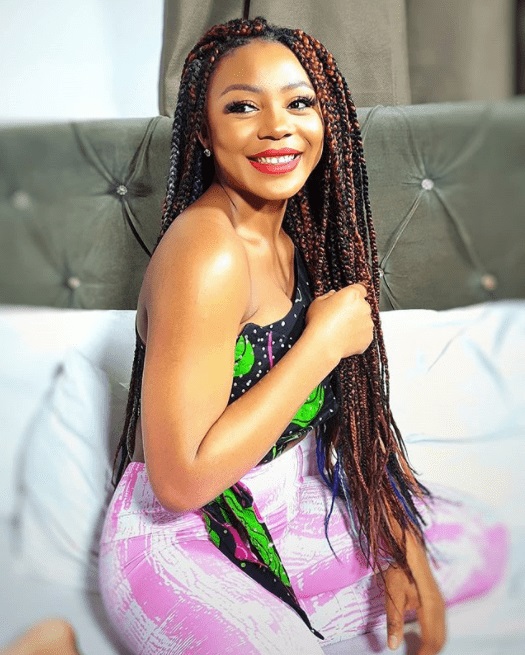 Reality TV star, Iheme Faith Uloma aka Ifu Ennada
Reality TV star, Iheme Faith Uloma aka Ifu Ennada has opened up about how poverty led to the death of her younger brother.
The former BBNaija housemate revealed that she and her entire family had to relocate to the village twice because the cost of living in Lagos was beyond their financial means.
She also disclosed that she started working hard to fend for herself since she was 15 years old, which accounts for her serious approach towards life.
Sharing a throwback photo of herself, Ifu recounted how she starved a lot growing up and in the village, she helplessly watched her younger brother die because they couldn’t afford good healthcare.
In a lengthy caption, she wrote,
Progress Report‼️ Before you say God has not been good to you, look at what he saved you from!
__
In my old picture I was dried up from starvation, not sickness, pure starvation, but you can see the smile on my face and the ipad in my hand – a sign that Hope was/is still alive and that I was still working.
___
Some things that got me through my very tough days were; thinking of a great future, dreaming gigantic dreams and working towards achieving them.
___
I was born with “no spoon” at all and moved back to the village twice when we couldn’t afford to live in Lagos anymore. It was in the village I helplessly watched my younger brother die in front of me because we were so poor we couldn’t afford good healthcare…
___
I’ve been working my a$$ off since I was 15 and have always had to work hard for every single thing I have, maybe this is why I take life too serious sometimes.
____
I call myself “Ifu Ennada”, which means “Nothing is Impossible with God”. I do not take God’s Grace for granted and will always have Faith in Him, no matter how things get or how many times I cry.
____
I’m writing all these to motivate someone out there who might be on the verge of giving up!
___
Pls don’t! Think of me as God’s sign to you that things will fall into place some day!
____
This year alone I have lost more than I can count, I have been depressed and went bald from stress induced alopecia (my @beautifuennada products saved me), but I did not come this far to give up…I’m not even where I want to be. However, I’m grateful.
___
So my Darlings reading this long a$$ note, DO NOT GIVE UP! As long as there’s life, there’s hope and as long as there’s God, NOTHING IS ABSOLUTELY IMPOSSIBLE!
See her post below: