They were released on Thursday, Dec 17, and Naomi, who visited Nigeria last week, took to Instagram to react. 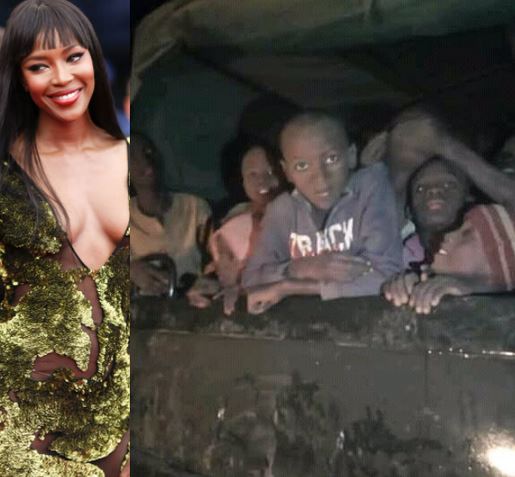 Naomi Campbell, the world-famous American Supermodel, has reacted to the release of the kidnapped Kankara boys.

The model reacted after Secretary to the Katsina State Government, Mustapha Inuwa announced that about 340 of the abducted students of the Government Science Secondary School, Kankara, have been released.

The boys were abducted from their school on Friday, December 11, by bandits. Boko Haram later claimed responsibility for their abduction.

They were released on Thursday, Dec 17, and Naomi, who visited Nigeria last week, took to Instagram to react.

She shared a screenshot of news of their release and wrote: "THANK YOU GOD NOW BRING BACK THE GIRLS."

The girls she's referring to are the Chibok and Dapchi schoolgirls taken from their school in the same way by bandits. Though some have been released, not all have been reunited with their families.