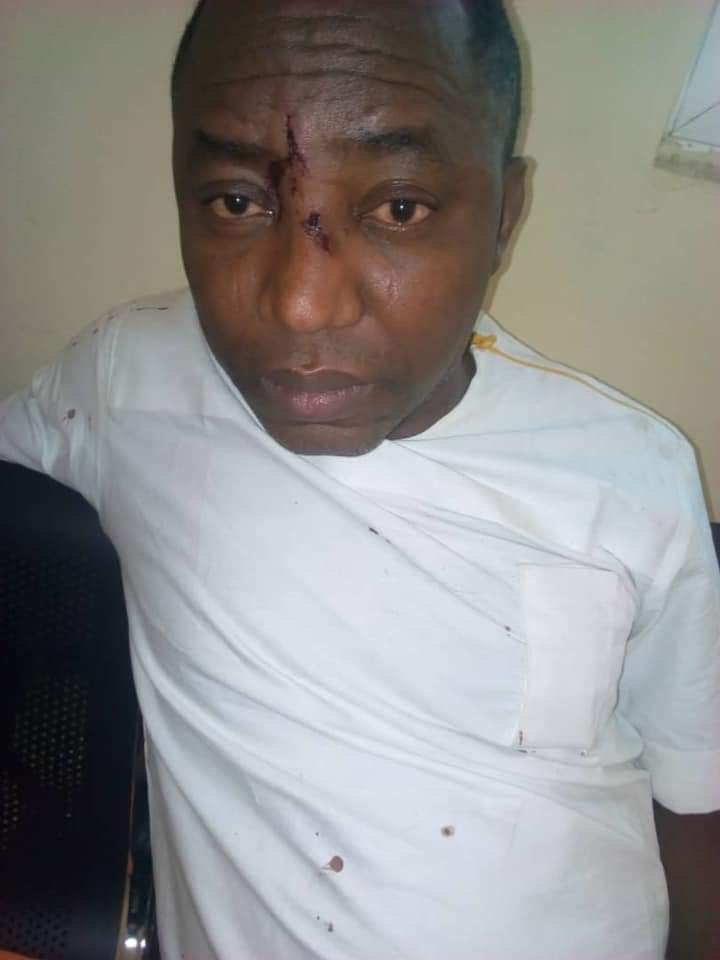 Omoyele Sowore battered by the police
Police in Abuja have refused to grant Omoyele Sowore bail, awaiting order from 'above', accoring to a report by Sahara Reporters.
His lawyer, Senior Advocate of Nigeria, Mr. Femi Falana confirmed the news.
Falana said the police authorities have flagrantly refused his client's application for bail.
Falana noted on Saturday that his client had given his counsel permission to sue all the police officers involved in the brutality.
In an interview with Punch, the renowned human rights lawyer said, "Since Mr Sowore’s fundamental right to dignity has been recklessly violated by the police, we have his instructions to press for charges against all the officers who subjected him to physical and mental torture in contravention of the letter and spirit of the provisions of the Anti-Torture Act of 2017.
"Sowore, who was covering an event at the time of his arrest, has maintained that he did not breach any of the COVID-19 regulations. He has been detained indefinitely on the basis of order ‘from above.’”
The lawyer said his client had been tortured and locked up in a detention facility along with armed robbery suspects.
Falana added, “The police officers who arrested Mr. Omoyele Sowore in Abuja on December 31, 2020, subjected him to severe beating and left him with bruises all over his body. As if that was not enough, he has been locked up in the midst of armed robbery suspects at a notorious detention facility called abattoir, maintained by the disbanded Special Anti-Robbery Squad in Abuja.
“The physical torture of Mr. Sowore was prolonged by the refusal of the police to provide him with medical attention. Although Mr. Sowore’s injuries are being treated by his personal physician, the police authorities have refused the application of the detainee for bail even though the alleged offence of breaching COVID-19 regulations is ‘bailable.’"
Top Stories