An Award-winning American actress has shared what it is like to raise three children from three different fathers. 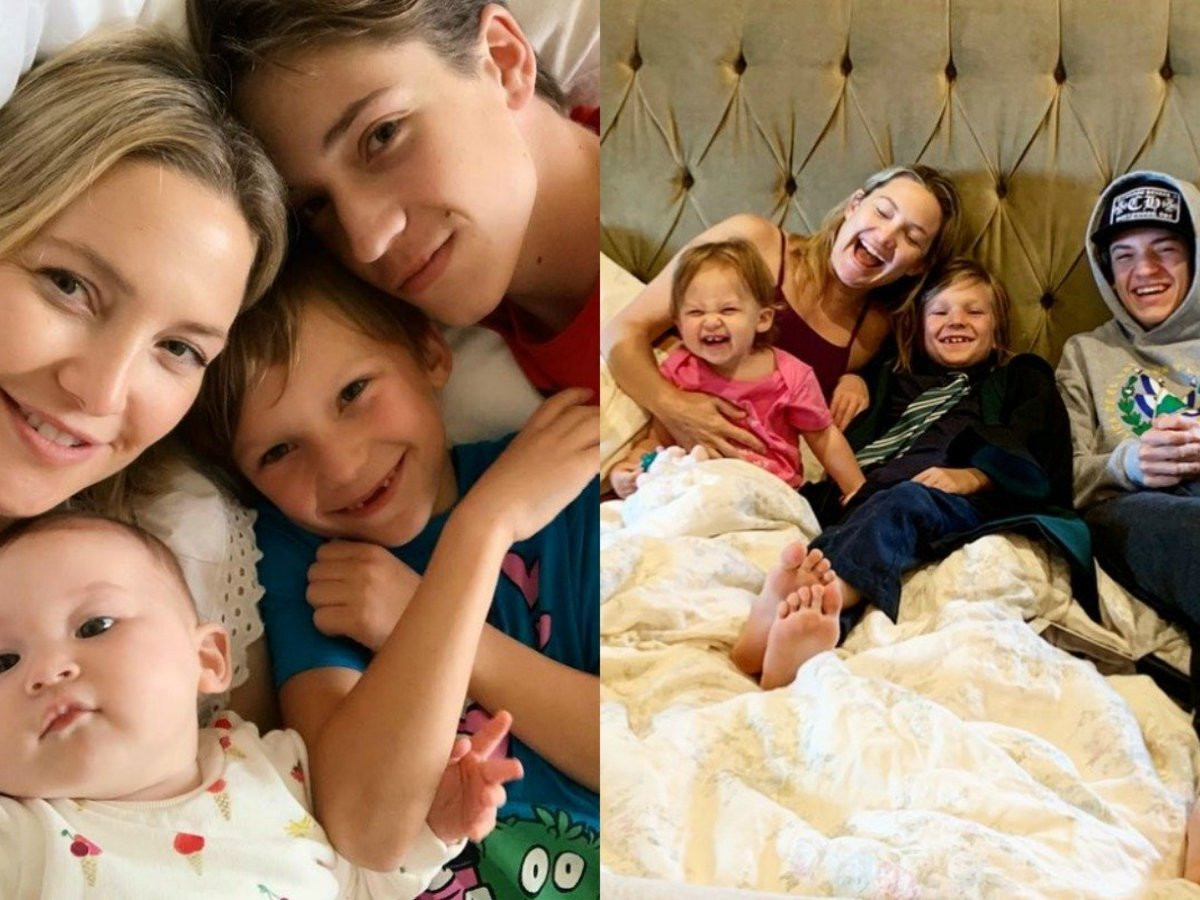 Kate Hudson and her children from three different fathers
Kate Hudson has shared her experience raising three kids from three different fathers.
The American actress in a new interview with USA Today aired on January 24, spoke about her experience as a mother of three children with different fathers.
Hudson shares a 17-year-old Ryder son with ex-husband Chris Robinson, a 9-year-old son Bingham with ex-fiancé Matt Bellamy, and a 2-year-old daughter Rani Rose with her boyfriend Danny Fujikawa.
Hudson was married to Black Crowes frontman Chris Robinson (left) from 2000 until 2007, and engaged to Muse's Matt Bellamy (right) from 2011 to 2014.
Speaking during a virtual chat on Sunday Today with Willie Geist, The Almost Famous star, 41, said: 'I’ve got multiple dads, I’ve got kids all over the place!
'The only expectations I really have that are really high in my life is with my kids, and with family stuff,' she continued.
'Other than that, it’s like, I just let it go… I work my a** off, and then I walk away, and I hope for the best.'
In the interview, the Skeleton Key star also reflected on what it was like growing up estranged from her own father, actor, and musician Bill Hudson, which she referred to as a '41-year-old issue.'
'I think that estrangement is unfortunately quite common, and I think it's important for people to talk about that,' Kate shared.
'Sometimes [people] need a little bit of talk and humor to move us into places where we can heal some of the wounds that have effected us from our families.'
Kate is daughter to Oscar-winning actress Goldie Hawn, and along with her brother Oliver, she was raised with Goldie's longtime partner Kurt Russell.
'I have a beautiful mother,' the Fool's Gold actress shared. 'I have a stepfather who stepped in and played a huge, huge part in sharing what it is to have a dependable father figure in our life, but it doesn't take away from the fact that we didn't know our dad.'
Kate also opened up about what it’s like during this strange period of lockdown at home with her kids.
'I wanna be, like, "Yeah, it’s so great and we’re figuring out..." but the reality is that there are days that are great, and there’s days that I have to remind myself to be grateful,' Hudson said.
'I never thought in a million years that I’d spend a year in one place,' she also shared, referring to herself as a 'gypsy' who loved to travel as a working actor.
'When you have so many kids, sometimes you have those moments where you’re hiding in your bathroom going, "Please, please, get me out of here!"
'I just remind myself there’s a lot of people out there who have lost their loved ones, and we just gotta stay in for a bit,' she added.
Top Stories