The occasion was the Budget Office/ICPC interactive forum with Directors of Finance and Accounts and Directors of Internal Audit. 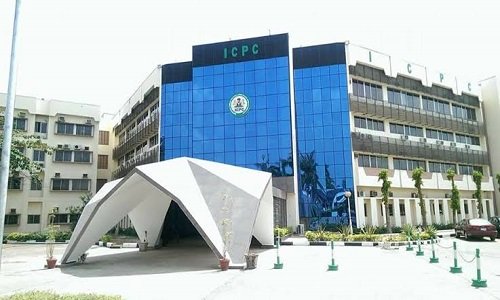 Nigeria's anti-corruption agency, the Independent Corrupt Practices and Other Related Offences Commission (ICPC) has uncovered how civil servants manipulate the budgets for government agencies to fleece the system, The Nation reports.

The occasion was the Budget Office/ICPC interactive forum with Directors of Finance and Accounts and Directors of Internal Audit.

Owasanoye said the commission stumbled on the infractions while carrying out a System Study Review of Budget Implementation.

He said: “There was budget manipulation by most MDAs, which resulted in MDAs receiving both appropriation and releases beyond their actual needs. These surpluses were open to the risk of being misappropriated, as is tradition.

“In 2019, ICPC reviewed 208 agencies of government that are funded from the Federal Treasury and came up with outstanding results, which included discovery of N31.8 billion personnel cost surpluses for 2017 and 2018, and misapplication of N19.8 billion and N9.2 billion from Personnel Cost and Capital Fund respectively.”

As a result of these discoveries, the ICPC chairman announced that “N42 billion unspent surplus allocations for Personnel Cost for 2019 alone was blocked from possible abuse and pilfering, mostly from health and some educational institutions”.

He regretted that “despite confronting erring ministries and MDAs with Federal circulars prohibiting these activities, the infractions continue; thus, stronger measures on the part of government and anti-corruption agencies are inevitable”.

On the alleged manipulations of the 2020 budget implementation, Owasanoye said: “A number of investigations are ongoing on this as we have instituted a mechanism for continuous review of current and subsequent Annual Audit Reports.”

The chairman stressed that while investigating infraction on Personnel Cost allocation, the commission “found that quite a substantial part of the Personnel Cost Budget was expended on matters not related to Personnel Cost”.

He added: “These expenditure types included Duty Tour Allowance (DTA) and estacode, electricity, water and sewage bills, procurement of diesel and stationery, payment of transport allowance and flight fares, payment of wages for outsourced services and ad hoc (locum, visiting and, at times, illegal employees), as well as illegal allowances.”