At the 14th Headies Award, an emerging Nigerian star singer, Omah Lay got crowned as the Next Rated artiste while Fireboy ran home with four awards. 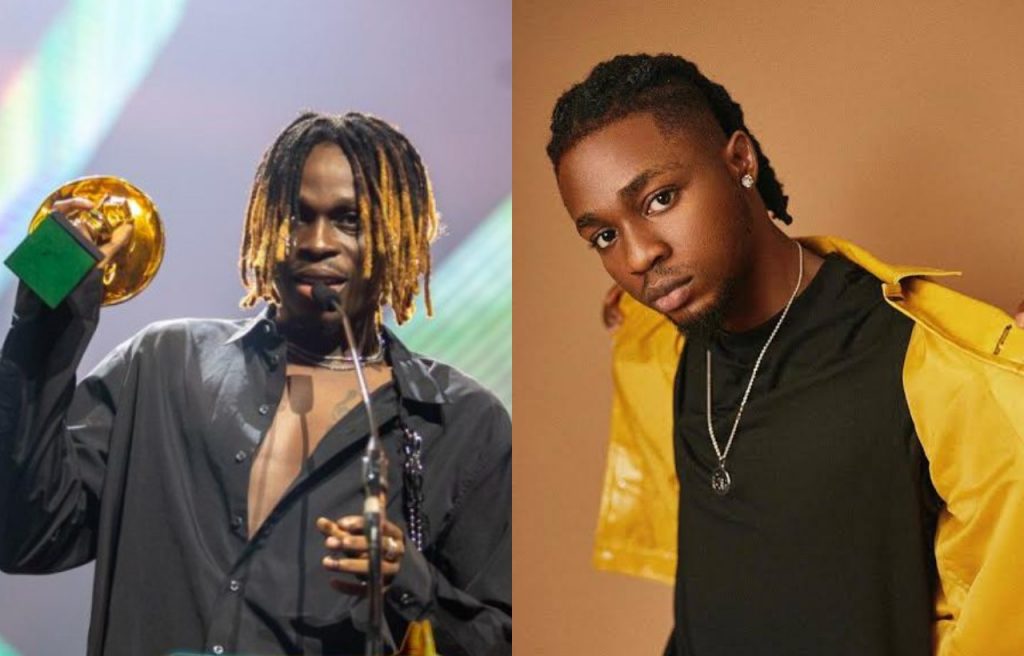 Fireboy and Omah Lay
Stanley Omah Didia aka Omah Lay has won the Next Rated award at the 2021 14th Headies Award Show.
Music newcomer, Omay Lay has pulled one of the biggest wins in the industry by clinching the juicy Next Rated award at the 14th edition of Headies.
Omaha Lay was nominated for the category alongside Bella Shmurda, Tems, Oxlade.
The young music star came to prominence in 2020 after the success of his EP, “Get Layd” on streaming platforms.
The Next Rated award at the annual Headies is a highly coveted prize won by the ‘upcoming’ act who has shown the most promise in the year in review.
The winner also gets a car and joins an influential ‘alumni’ of previous superstar winners.
This year’s edition was held virtually given the COVID-19 pandemic.
In 2019, Rema beat other artists like
Joeboy, Fireboy DML, Victor AD,
Lyta, and Zlatan to win the coveted prize.
Also, another star performer, Fireboy left the 14th Headies with four awards as he won the Best R&B album, Best R&B single, Best Pop album and Revelation of the Year.
Top Stories