A young lady has finally settled with a man she met on Twitter after shooting her shot at him. 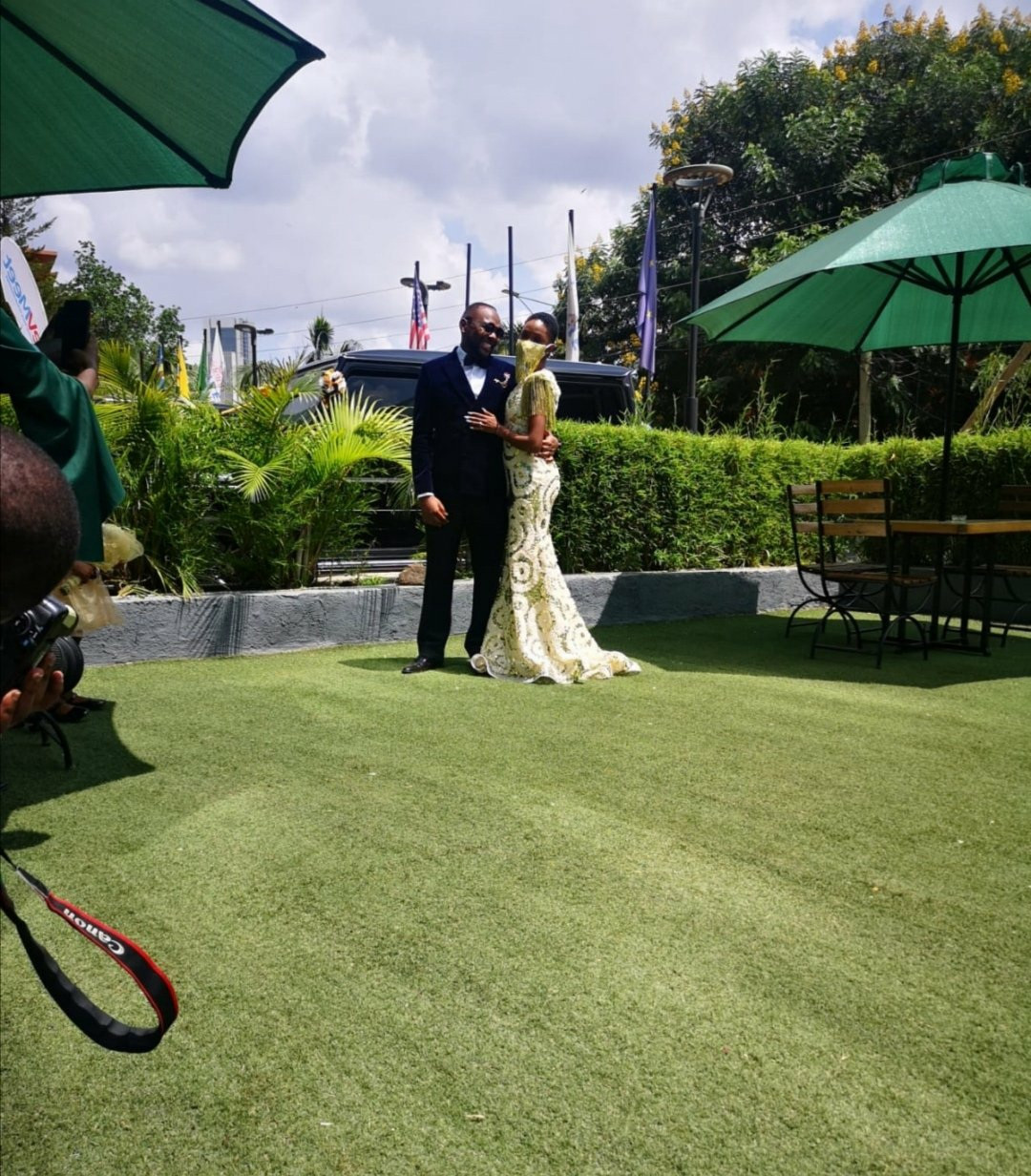 Karanu's love story
A sweet love story that started with just a chat has ended in an amazing way.
A twitter user, @MRSKaranu took to the platform to reveal that she's now married to the man she shot her shot at some months back.
In June 2020, the Twitter user shared a tweet that reads: "I just shot my shot. SO HELP ME GOD!!!"
Apparently, her shot hit its target.
She returned to Twitter hours ago to share their wedding photo with the caption, "Update: we're married now." 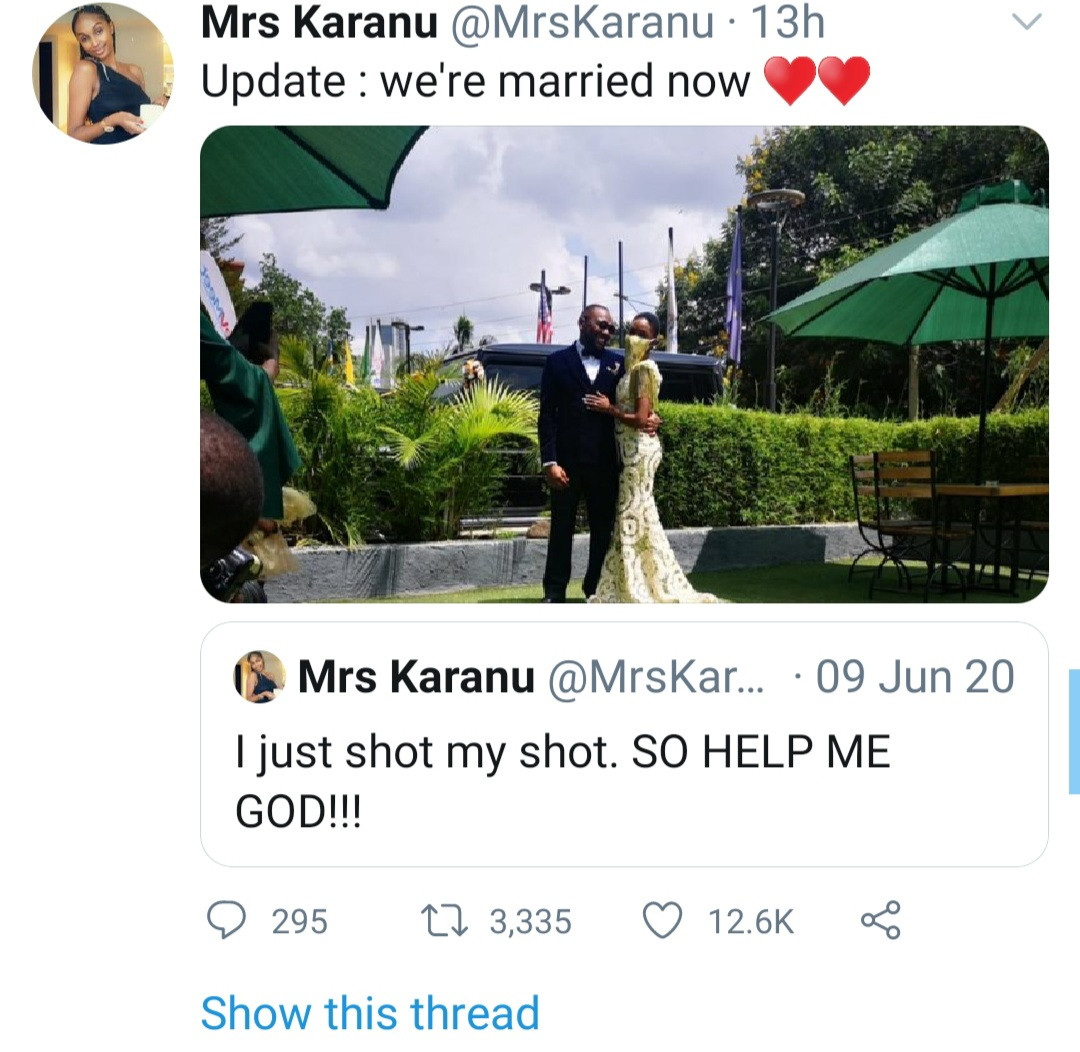